God Saved Our Marriage...and My Husband 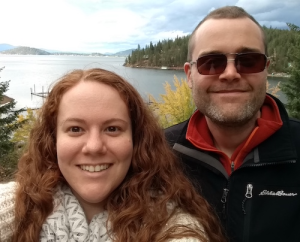 I first found the SUM Community in July 2014 when my husband said our marriage was over. We'd been married 1 month shy of two years. We were on vacation when he announced the end of our marriage—and needless to say, it was out of the blue. When we'd met in 2010, I was far away from God, but when my husband (Jason) literally shattered my world, I was only left with God to cling to. I surrendered my life to God and gave Him all the broken pieces. I vowed to fight for my marriage and pray without ceasing for Jason to know God. I connected with a local church and began to discover the strength and joy that only God gives.

In December 2014, Jason left our home in NC and moved all the way to WA state. I didn't hear from him for months. That was the lowest time in my life, but I clung to Habakkuk 1:5 which says, "Behold ye among the heathen, and regard, and wonder marvelously: for I will work a work in your days which ye will not believe, though it be told you." I also relied on Romans 4:18a, "Who against hope believed in hope..."

Unbeknownst to me, Jason was pursuing a divorce. He'd had papers drawn up, but he told me later that something wouldn't let him file them with the court. He also began dating, but he said something always prevented him from physically betraying our vows. Meanwhile, in NC, God frequently woke me up in the middle of the night with the urge to pray for Jason. I can't tell you how many nights I'd fall asleep praying and wake up with prayer in my thoughts.

In May of 2015, Jason texted me out of the blue. I had just discovered proof of him seeing other women, and I sent him an email weeks prior asking for a decision in our marriage: reconciliation or divorce. The outcome of the text and subsequent hours long phone conversation was that he wanted reconciliation. I was a school teacher, so he agreed to fly to NC the week school let out in June for us to talk face to face and figure things out. The outcome of that week in June was that I packed up my small Ford Focus and left all my family and friends behind and moved 3000 miles away to be with my husband. It was a huge leap of faith as I had no job lined up or support network. But I knew God was leading me to go.

The next year was hard, yet I saw God working. It was a struggle mending broken trust and broken vows, but God truly did the mending. I quickly found a wonderful church in Liberty Lake, WA, and the people there just loved on me and Jason. The pastor, like my husband, was a Navy vet, so he and my husband quickly bonded. My husband had been exposed to and dabbled in just about every major religion, but he seemed drawn to my church and our pastor. He frequently said, "Those folks are real...they aren't hypocrites like most of the church crowd." I could tell God was drawing Jason. He began reading a Bible I'd bought him when we reconciled. He began hiking with our Pastor and asking probing questions about the heart of God and mankind's relationship with God.

In late May of 2016, Jason had been asking lots of questions and attending church every now and then, but he shocked me one day after we came home from a Sunday morning service. He broke down crying (which he never does) and said he didn't think God could ever forgive him for things he'd done in his life. He said he was too far gone for redemption and that God would never want him. Jason asked me to call our Pastor and have him stop by. He and our Pastor (who, bless his heart, was still in dress shoes and a suit) hiked for two hours in pouring rain on the mountains behind our home. When Jason came home, I could tell he had more peace, but he wasn't ready to talk yet. My Pastor told me later that Jason spent most of the two hours trying to describe why God wouldn't accept him, but my Pastor just kept telling him about love, grace, mercy, and the goodness of God. Jason and our Pastor met weekly for coffee and talk, and I could see Jason getting closer and closer to the truth. I wanted so desperately to push and pry and interrogate him as to what was going on in his heart, but I know that would have made him retreat. So I just prayed.

On Sunday morning, June 12, I was surprised to see Jason come into the church auditorium. He hadn't told me he was coming when I left for Sunday School. Our Pastor, as he was making general announcements, mentioned we'd all gather at the river by the church after the morning service for a baptism. I jerked my head to look at my husband (it's a small, new church, so there weren't many candidates for new believers lol), and he was grinning from ear to ear. Sure enough, after the morning service, Jason publicly declared his faith in Christ and followed the Lord in believer's baptism. He later told me he'd knew in the week after his hike in the rain that he was done running from the truth, and so, one morning while reading the Bible, he'd prayed and asked God to save him. He'd asked our Pastor to keep his new faith in Christ a secret until his baptism, because he knew how long I'd prayed for his salvation. I cried like a baby during the entire thing, but I did manage to capture a few photos.

I have to tell you, it's been the coolest thing watching Jason grow. He attends every service, reads his Bible daily, has begun saying grace at dinner, and has even started sharing his faith with his family, all of whom are non-religious. He's even looking at attending Bible college nearby so he can learn more about the Bible and ministry so he can better serve in our church. He meets weekly with our Pastor for discipleship. Me? Well, I'm just sitting back in awe of what God has done. I stand amazed. God has given me all the desires of my heart. God has already used Jason's salvation and our reconciliation to minister to others. I can't wait to see how God uses Jason. Satan fought so hard to prevent Jason from knowing the truth, so I'm sure God's plans are out of this world!

I forgot to add one thing: The part of your book that described loving your husband with agape love was key. That truth was my constant go to when I wanted to lash out in hurt, anger, and fear. I didn't understand unconditional love until I had to love someone who went out of their way to hurt me...boy is that a picture of God's love for us! That key principle of agape love kept my prayer life centered and anchored!

Thanks for reading the whole story...it's been an amazing journey! 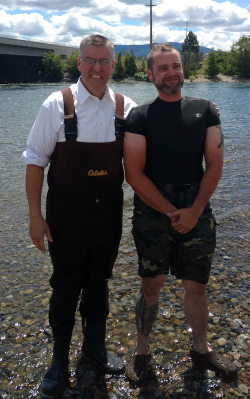 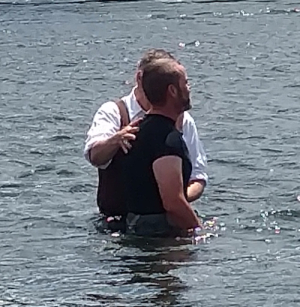