The Conference Army in My City

My brothers and sisters in SUM-hood, hello! 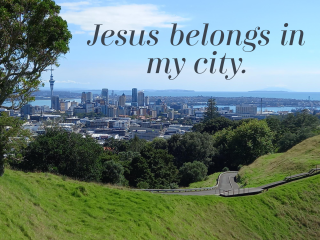 It's Friday here, I'm sitting in my lounge, and I thought I might tell you about something really boosting that I did last week.

I went to a conference called Sistas, an annual women's conference run in my city. Because of the pandemic, there've been no conferences for the last two years. However, this year we have been let out (woohoo!) and it was on. What's more, for the first time the conference was being held in my suburb, Mt Eden.

Now, I had never been to this conference before; but at the last minute I discovered that two friends, both in SUMs, were to be there. Realizing I would get FOMO (Fear Of Missing Out) if I didn't go, I umm-ed, ahh-ed, then splashed out on a ticket.

Thursday evening came. I walked through my suburb, entered an auditorium, and came upon about a thousand women gathered in one space!!! My eyes widened. It was a veritable army.

The Lord gave the word; Great was the company of those who proclaimed it: Kings of armies flee, they flee, and she who remains at home divides the spoil (Psalm 68:12, NKJV)

My friends, can I tell you how encouraging it was to see that sight? I don't know about you, but I spend a lot of time with non-Christians. To walk into a room with a thousand Christians flooded my heart with such hope. I looked around that room and thought to myself "This army is in my city." 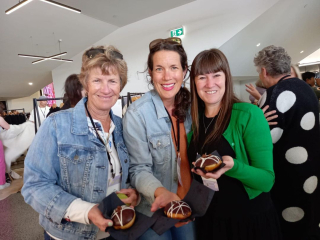 Not just that. "This army is in my suburb!"

That wasn't all, though. Something else happened ... With Bryce. Previously, I've found conferences difficult: they take me away from my family at the weekend for a purpose Bryce is not bought into. I do go to conferences, but Christian activities like that always take some thought as I balance it with where Bryce is at.

For that reason I was going to forego the weekend parts, but this time Bryce said out of the blue, "You're going to a conference? That's nice. Make sure you go every day. You've spent the money so you want to enjoy it. Go on Saturday -- You will, won't you?"

I hesitated, "But it's the weekend and it'd mean leaving you and the boys ..." See, I've got memories from years ago of stuff like this causing conflict. 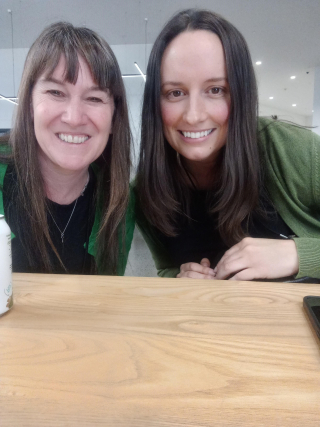 He released me to go. And so I did. I hung out with my two fellow SUM friends -- Paula and Jess (pictured here) -- and had a blast.

One final beautiful thing occurred in the last session I attended: People were invited to come forward for prayer that the voice of God will always be clear in their lives, and the voice of the enemy will dissipate. I just thought of us all, myself included, and so I went down to the front, carrying the SUM community down to the front with me (metaphorically). As one of the prayer team prayed over me, she said: "Marriage is so important in the kingdom," and as she said those particular words, I shook under the power of the Holy Spirit.

"Marriage is so important in the Kingdom", and

"We, the SUMites, have a purpose; and we must keep listening to God's voice, not the enemy's."

What an encouraging few days. To be through the pandemic and to be with a thousand Christians I was truly refreshed and ready for whatever next thing we are to do as part of the army.

I hope that encouraged you too. How about you, do you go to conferences?