We were sent this amazing story of how one husband turned to Jesus after many years of his wife waiting. We are so grateful to Yvonne Swarbrick for sharing it -- it is her story. Read, meet Yvonne, and be encouraged: 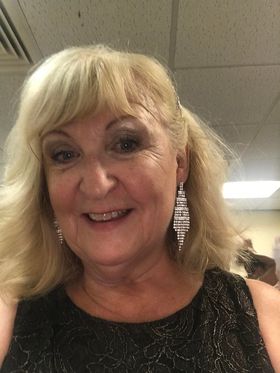 "I became a Christian in 1985 , the Lord had been calling me a long time because I could trace back through my life when I had tried to find Him. I wasn’t aware I was searching for Him till I found him and a lot of people realize this after they become Christians.

I watched a program on TV called This is The Day one Sunday morning. Me and my two daughters were getting ready for a birthday party on a canal boat, it was a Sunday. In the program there was a short sketch of the crucifixion. The tv was on in the background and I only glanced at it but it got my attention like it always does when I watch the crucifixion.

We got ready to go out and I couldn’t stop thinking all day about what I’d seen on that program. I remember as we walked down the street I felt as if something was happening to me.

That night when I got home I searched the house for a Bible. I found one but couldn’t make any sense of it. The next day I went to the library and found a book in the beliefs section called 'New Life, New Lifestyle'. I stayed up that night very late and read the whole book. There was a prayer in the middle of the book about giving your life to God and asking him to come in. I prayed the prayer and went to bed thinking nothing had happened, but as the days went by I realized I was changing.

My outlook on life changed, I had this thirst to read the Bible, I had this love in me I’d never had before. I was bursting with joy and I drove everyone around me mad.

Three months after we found out my hubby Ray had Multiple Sclerosis (MS). We'd had no idea up till then there was anything wrong. They told us not to worry and take things a day at a time. Boy was I brought back down to earth! We were in shock, I knew how bad MS could get. I knew a lady that was seriously disabled with it and I immediately thought of her. I was angry with God at first but eventually I realized He had come to my rescue. Ray would have been diagnosed and I would have felt worse if the Lord hadn’t come in to my life.

I tried to tell my hubby about the Lord but he didn’t get it. He didn’t say he was an atheist he was more of an agnostic like I had been. My friends at church encouraged me to start praying for him so I did.
Our daughters were 3 and 5, it was a busy time and we just tried to carry on as positively as possible.
Seven years later when our eldest daughter was 12 she was diagnosed with type-one diabetes and we nearly lost her as she was rushed into hospital in an emergency.

They stabilized her and she had to learn to inject herself. It felt traumatic again. More stress. I ended up with depression and anxiety. Trying to cope with my hubby deteriorating in front of me and now my daughter. Then on top of that I had Christians saying you shouldn’t get depressed as a Christian. I have since learnt a lot about anxiety and depression.

In 1996 we had to have some alterations done and moved out of the house. Ray went into a disabled unit at the hospital while it was done and we stayed with friends.

When I visited him one night he said "I think I will come to church on Sunday with you" and I was amazed! It came suddenly right out of the blue, I’d had a word from someone saying it would happen suddenly. I couldn’t believe it! I had been praying for twelve years and others alongside me.

Ray came to church that Sunday and gave his life to the Lord. It all seemed to happen so fast. I saw him change in front of me, he became alive like he’d never been before. His whole face changed, his smile changed. He started singing in the car with me and he’d never sang in all the years I’d known him!

We became intimate on a different level, we had eye contact we’d never had before and we’d been married 26 years! Then he said he wanted to renew our marriage vows as Christians, it was so beautiful. We had our ceremony and he told the congregation that he was happier than he had ever been in his life even though he was in a wheelchair with MS.  We were on cloud nine, we fell in love all over again, it was a most wonderful time.

We had a few years of feeling blissful but the disease got worse and worse. We both got a bit beaten down with it. He retreated back into his cave and I think he was protecting me. It became harder to get him to church. I was really disappointed because I thought the Lord was going to heal him. And then we got another diagnosis of leukaemia, it was a leukaemia you could have treatment for so he started the treatment.

That was another devastating blow but we held onto God and hoped the treatment would work. He did very well, he lasted six years after the diagnosis. He died in 2016, not healed but healed spiritually and he’s with the Lord now.

I was disappointed and confused because I really believed God was going to heal him, because of the transformation of God entering his life and seeing the massive change.

But the most important thing is that he found the Lord, he had joy for a few years and I hope that made up for all the pain he went through.

I’m writing this to encourage anyone that’s praying for their hubby. Keep praying and don’t give up. I never thought it would happen. One thing I didn’t share was someone gave me a word a long time before he got saved. They said "love him into the kingdom so I tried my best." I didn’t always manage it though! God bless all you ladies and men out there.

Yvonne Swarbrick became a Christian in 1985, she has two daughters aged 42 and 40 and three grandsons aged between 10 and 14. Now retired, she spends her time singing in a gospel choir, which she loves, and doing art, especially painting with watercolors, as well as other crafts. She recently found our community and was keen to share this part of her testimony with us.