Home Who We Are Salvation Stories Significant Resources Meet The Team The SUM Shop Lynn Donovan Ministries New Here? Video Teaching
When Jesus Enters Our Home ...
A Personal Word for Next Year

The Puzzle of the Gospels 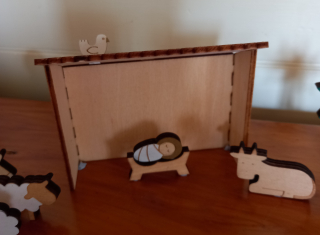 Jesus. There is so much swirling disagreement about him that my eyes sometimes widen at that. But this is all part of the package. Long ago, at Jesus's birth it was prophesied by a man called Simeon (Luke 2:34-35) that Jesus would be a "sign that would be spoken against."

And so he is. We roll with the punches.

For the first few years of my faith it seemed that I had an unusually intense group of people around me who disagreed with me about Jesus. Why did there seem to be so many?! It was pretty tough but I look back and think "Actually, those challenges to my faith were not a bad thing."

Not only did I have Bryce who was not on the same page as me but there were others in our family. Added to that, I had a friend of a different faith who expressed vehement views. And then there were two particularly interesting friends from a little social group I was part of  -- Two older men who had once been fervent Christians and had now developed a set of 'logical reasons' why they were not any more. What a crowd of influencers!

With the two men who left their faith, I did genuinely want to hear their reasons. So I asked them. It's interesting to talk to someone about why they left their faith and it can lead to some good conversations.

Now many of us here have spouses who also lost their faith, so perhaps you'll be familiar already with this key reason the two men gave: They said they felt the four Gospel accounts had inconsistencies. It was not clear to me how much they had asked God about this, but I decided to look carefully into it.

It's interesting, but instead of what those men saw in the Gospels, I saw something completely different. I saw nothing but a miracle when I looked at the Bible, and the Gospels in that context. It stood out to me that despite there being so many different authors, there was one thread that worked through it all: The salvation of Jesus Christ. The Gospels were, essentially, the 'big reveal' after centuries of writing.

Could I tell these men that's how I saw it? Well we would probably agree to disagree there... And that's the way it often happens.

With the Gospels themselves, those inconsistencies are not many but they are interesting. Instead of being flawed I saw the Gospels as being like puzzle pieces that slotted together. On their own they tell one slice of the story, but when you put four accounts together up comes a richer, more comprehensive story. For me, it wasn't necessarily inconsistent, instead a fuller story.

That 'puzzling' aspect of the Gospels has become what I most enjoy about reading them. I often slot the different accounts together when looking at a particular event (e.g. the nativity narrative) and turn the details this way and that, thinking: "What else can I see here?"

The 'inconsistencies' are discussed by apologetics experts and there are explanations. But at the end of the day, I suppose I landed on the fact I did find the Bible to be a miraculous piece of work and so I settled on following Jesus. Added to that, I had some compelling personal experiences that convinced me Jesus was real.

So, back to Simeon's prophecy:

“Behold, this Child is destined for the fall and rising of many in Israel, and for a sign which will be spoken against (yes, a sword will pierce through your own soul also), that the thoughts of many hearts may be revealed.” (Luke 2:34-35, NKJV)

My friends, I'd love to chat in the comments, as always.

p.s. The photo in today's post is of my advent calendar, where one figurine comes out a day. Hence just Jesus!