Home Who We Are Salvation Stories Significant Resources Meet The Team The SUM Shop Lynn Donovan Ministries New Here? Video Teaching
The Puzzle of the Gospels
A Date for your January Diary

A Personal Word for Next Year 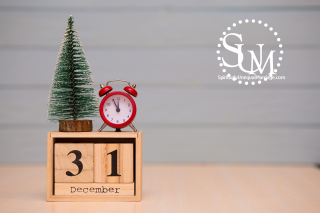 We have certain routines in this community, and one of these routines is that around this time of year many of us will ask God for a word for the year. For ourselves, that is, as individuals.

Asking God questions about our own life is such a good way of drawing near to him. He so desires to be our friend and talk to us about our unique lives.

"For I know the plans I have for you,” declares the LORD, “plans to prosper you and not to harm you, plans to give you hope and a future. Jeremiah 29:11

Whenever I’ve asked God for a word for the year I've actually never received it as a solitary word, though I know that some of you have. Instead, for me it’s been a concept, a phrase, or an analogy. We're all different.

One year, for example, I asked and then later received a phrase in the night: “Jesus Christ, first and foremost, all the way for me.” That year (2018) did end up being a year where I focused on Jesus and asked a lot of questions about the Gospel.

Another year I asked for a word and the next morning had a symbolic dream in the early hours. It was about moving in a boat, along with others in the SUM community, towards a new destination. That was for 2019, and a lot happened to us that year together: Most notably, Lynn's husband's baptism and a subsequent book, 'Marching Around Jericho', which was a huge shift in our ministry.

Then this past year, the word I sensed was “Crossing over.” Crossing over into what, I still do not fully know, but I know that I am crossing over into something and it certainly has been a year of personal transition. Most of my conversations with God this year have been about preparing for the 'more' of ministry in the future, and preparing for what God wants to do beyond this COVID shaking. Our world is being shaken but when the dust settles God has work for us to do. My head has been there, in the future, and it's certainly a ‘crossing over’.

So with all that said, how about we each go ahead and ask God for a word for the year? It might not be a single word that you hear back. It might be a dream, a picture/analogy that lands in your head, a concept, a phrase, or a scripture. Just ask, and see what happens.

He may give it to you immediately if you are on your knees and being quiet. Or, he might give it to you in the night hours later, even a day or week later. But ask and see if anything does come to mind straight away. Even if it feels like a fleeting whisper, I’ve often found ‘whispers’ turn out to be accurate. God's voice is usually not a dramatic thunderclap.

I do know that when we ask he delights to answer.

If you do have a word for the year, perhaps you can share in the comments? It'd be great to hear about it.

Lots of love to you all, and I hope your Christmassy count-down is going well.