Home Who We Are Salvation Stories Significant Resources Meet The Team The SUM Shop Lynn Donovan Ministries New Here? Video Teaching
When Someone Seems Impenetrable to the Gospel
The 'Unequally Yoked' Are Dancers! 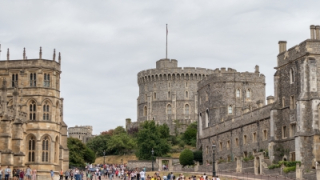 Image courtesy of Phil_Bird at FreeDigitalPhotos.net

Hi all, Ian from Sydney, Australia here once again. I’m coming off a hectic month of caring for my parents. Both have been in hospital and as lockdown restrictions eased, we’ve been able to have minimal visitation access which has been great so one or two of us can get to see them. This has also involved constant updates with doctors, social workers and keeping the rest of the family informed. As I’ve mentioned before, it’s a season I treasure but it can be tiring work, simply because of its 24X7 nature. During this period, for example, I’ve received phone calls at 6am, 10.15pm and at Sunday lunch with friends.

In addition, we made the decision with Mom to move her into a nursing home, the same as Dad’s. We all agreed it’s just time. Even though Mom doesn’t want to relinquish her independence, she realised that life was getting too hard due to her frailty and chronic medical conditions. Mum will thrive in the nursing home simply because she won’t have to worry about the daily grinds of preparing meals, and other such activities plus she’ll get to be social with fellow residents which for mom will be especially delightful.

It becomes exhausting work. Yesterday, I took mom from the hospital and checked her into the nursing home and set up her little room so she’d be comfortable for a few days while she reflects on what items she’d like from her unit as she transitions into this next season of life.

As I updated my siblings, I ended with a note that I was signing off for a few days to recharge and refuel. To bunker down, to take refuge.

I’ve been listening to the Psalms read by Dane Ortlund and the other day he read Psalm 31 which opens with David saying:

“In you, Lord, I have taken refuge;
let me never be put to shame;
deliver me in your righteousness.
Turn your ear to me,
come quickly to my rescue;
be my rock of refuge,
a strong fortress to save me.
Since you are my rock and my fortress,
for the sake of your name lead and guide me.
Keep me free from the trap that is set for me,
for you are my refuge.
Into your hands I commit my spirit;
deliver me, Lord, my faithful God.” (Psalm 31: 1-5 NIV)

In these five verses alone, David mentions ‘refuge’ or ‘fortress’ four times. And how many other Psalms express similar statements. Psalms 46 and 91 are two other favourites of mine that use such terms. “God is indeed our refuge.”

What Does it Mean to take Refuge in God?

David was repeatedly surrounded, chased, harried by enemies who wanted him dead. But he kept seeking God for shelter, to be his refuge. As we know in those days, towns and cities were enclosed in walls to keep enemies out. In our modern world, such cities and towns are less common.

I found in my daily actions caring for my parents that I was often running on fumes. It was easy for me to go into ‘action’ mode, getting things done and organising everyone. And often by the end of a day I was fatigued and irritable. At the same time, we were renovating our kitchen which had its own stresses, adding to my deflated mood.

I realised I was being ‘attacked’ but NOT seeking refuge in God. I would crash in front of the TV, read a book, simply escape. But I was self-fuelling not God-fuelling. Yes, I was still drawing near to God but often in a far more rushed manner and wasn’t spending sufficient time simply waiting on Him.

Ortlund in his podcast on Psalm 31 shared a quote from Michael Jordan from his NBA Hall of Fame Induction speech, one of the greatest honours for a basketballer. It went something like this: “the game of basketball meant everything; it was my refuge when I needed comfort and peace …”

I realised I was trusting in my own strength to get me through each day and then seeking solace through pastimes like TV and books which are helpful and provide some relief until the next day when the cycle starts over again.

God is our Refuge

Look at David’s opening words from Psalm 31: “In you Lord, I have taken refuge …” His enemies didn’t suddenly disappear, they kept coming after him, but he was able to gain his strength and stability by leaning on God throughout. He stayed connected with God. We all know what happened when David chose to disconnect from God, things didn’t go well for him because he acted out of his own desires or strength rather than staying in his refuge with God.

Where do you seek refuge if not from God? Especially when you’re busy and life is hectic? Where do you get your strength and stability from? Be great if we could use the comments as a means of encouraging each other. One of the wonders of a community like this is it helps lift our gazes back to God. We all possess the divine glory of God inside but sometimes (well, often) it takes another person who loves Jesus to help activate it in our heart.