Home Who We Are Salvation Stories Significant Resources Meet The Team The SUM Shop Lynn Donovan Ministries New Here? Video Teaching
When The Past Comes Back To Haunt You
Taking Refuge in God

When Someone Seems Impenetrable to the Gospel 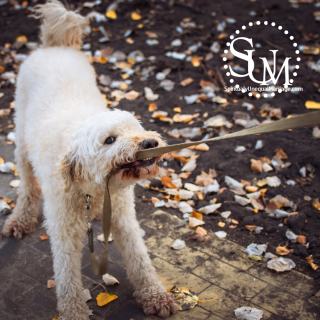 After our recent series on the Gospel, this week I'd like to share two specific words that God gave me a while ago about our activity in carrying the Gospel.

I'll share one of these words today, the other on Friday, and I hope they help you along as they have done for me.

Today's word is about impenetrable people. I can imagine many of you now will be nodding and saying "Oh yes, I've got one of those!" Truly, some people are so impenetrable that there's not even a chance of conversation about the Gospel. Right?

In my life, one guy in particular stands out to me. He is someone Bryce and I have known socially for years and he openly dislikes Christians. Because of this, he is a 'very difficult person' in my life.

I often pray, "Do you want me to stay in his life, Lord?!" Well, circumstances seem to keep me there.

What I do with this guy is stay quiet about the Gospel, but love him. And when I say 'love him', it's actions not feelings; because my feelings struggle. I don't talk to him much if we're both at a social event; but 'Love' is what I try to do: In how I speak about him, and in prayer.

With these impenetrable ones, I've found Jesus's Parable of the Sower a great help for understanding what's happening:

“A farmer went out to sow his seed. As he was scattering the seed, some fell along the path, and the birds came and ate it up. Some fell on rocky places, where it did not have much soil. It sprang up quickly, because the soil was shallow. But when the sun came up, the plants were scorched, and they withered because they had no root. Other seed fell among thorns, which grew up and choked the plants. Still other seed fell on good soil, where it produced a crop—a hundred, sixty or thirty times what was sown. Whoever has ears, let them hear.” (Matthew 13:3-9, NIV)

Then, Jesus gives the interpretation:

“Listen then to what the parable of the sower means: When anyone hears the message about the kingdom and does not understand it, the evil one comes and snatches away what was sown in their heart. This is the seed sown along the path. The seed falling on rocky ground refers to someone who hears the word and at once receives it with joy. But since they have no root, they last only a short time. When trouble or persecution comes because of the word, they quickly fall away. The seed falling among the thorns refers to someone who hears the word, but the worries of this life and the deceitfulness of wealth choke the word, making it unfruitful. But the seed falling on good soil refers to someone who hears the word and understands it. This is the one who produces a crop, yielding a hundred, sixty or thirty times what was sown.” (v. 18-23)

The bolded part above tells us that what's happening when someone seems 'impenetrable': The enemy snatches the Gospel away. That's sad. But, as Jesus says, it's part of the process. 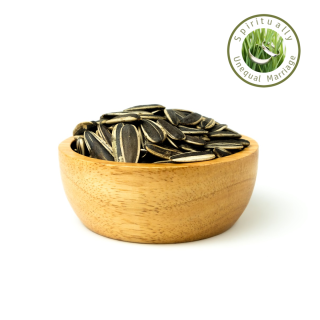 An important lesson from this parable is that the attitude of an impenetrable person is not our fault. We can too easily beat ourselves up and think we're being ineffective (I do!) But, the truth is, the seed's gone out -- It's just been snatched.

Back to the guy above, I've had heartache there. But in June God gave me a word of perspective that helped me. He said this:

"Ann, messages about the Gospel have been left with him, but never opened."

And I believe the same can be said for many others in our lives. So, to me, this is a word for us all.

Whether those Gospel 'messages' given to this guy were quietly from me, or whether they are messages he received elsewhere, I don't know. But the point is, the Gospel has been given to him and something's stopped him -- Until now.

Amen to that -- And I'll keep going! How have you carried the Gospel with an impenetrable person? Let's chat in the comments.

Posted by Ann Hutchison in Gospel of Love, Witnessing to an Unbeliver | Permalink | 0 comments