Home Who We Are Salvation Stories Significant Resources Meet The Team The SUM Shop Lynn Donovan Ministries New Here? Video Teaching
Loving when it's hard
Let's Go to the Rock

A Work of God in My Home 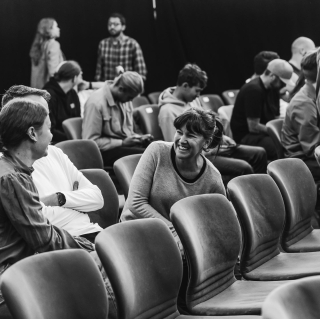 Today I'm continuing on from Monday's post, with a curious story about something God did in my home this year. It shows just how good he is, and I really do hope you enjoy this story.

As I've shared before, last year none of my family was going anywhere near church. Sigh! But one day God gave me a most unusual word. He told me I was going to be on a year-long wait for something, starting on 21 June 2020, and that something would happen at the end of that year.

I kept telling myself I should not have too high an expectation about what would transpire at the end of the wait (i.e., June 2021). I figured God works mysteriously and if I were to try to guess his moves, I would almost certainly be incorrect.

That said, I simply couldn't resist trying to guess as the wait continued and, to add to my excitement, God gave me another two things: The phrase Let’s Go, and the name of a New Zealand town Whanganui.

By now this was all feeling highly suspenseful. "Is my family going to move to Whanganui, Lord?" I wondered. I was fit to burst with anticipation.

Well, my friends, I could never have guessed what would transpire next; and it's almost a little difficult to describe. But I'll give it a go. It turns out that these mysterious words related - at least in part -- to my family's church situation.

In February (2021), my pastor told me he was going to close the church I'd been attending for the past six years. I've shared this part with you all already.

Indeed, it was a shock. But then came an immediate move of God, a swipe of his power: As I've also shared, my son Miles’s school friend suddenly began attending a new church himself and invited Miles along. A miracle, in my eyes. I began attending there too, and now here’s a photo of the three of us at church together: Me, Miles (next to me), and his best friend next to him. As I write, these two boys are now fully engaged in this church. 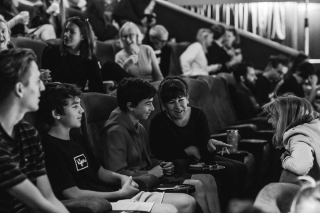 Well, that was amazing. Suddenly I had gone from despairing at my family's lack of church attendance to enjoying it with my son. But there’s more.

I'd not been attending my new church long when they announced this:

"Lord? What is this about?" I whispered, sitting in my seat, there in my new church.

It could still have been a coincidence … Until I saw the Facebook announcement about the new venue, and saw what phrase they had included: 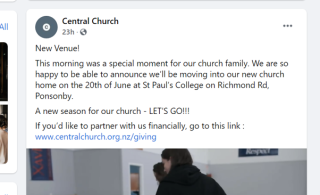 And it got even better. That weekend I just-so-happened to look at a map and saw something I’d never noticed before: The new church venue that I was moving back to (St Paul's) sits below a road called Whanganui Street!!

At this, I sat back, gob-smacked.

All I could conclude was that this church and my family were meant to be together, and it was as if the Father had given me signposts to confirm it.

The new church's move feels like a big new season for them; but also very significant for me and my family.

How does all this relate to my SUM? Well, this move has done something curious to my family. I can’t say why, but Bryce is fully relaxed about my involvement in this new church where it wasn't like that before. It could be because it's run by young people, and he can see how they treat Miles -- They're lovely. Or, it could be the fact he is seeing Miles thrive socially there. Nevertheless, it is a clear move of God in my family, it has been a major development in my SUM, and I thank Him.

The motto from all this: Who knows how God will move in a SUM home, but he will surely move for us. We just... Have to wait.

(Finally, to give you a final smile after Monday's post, I have even begun attending a weekly ‘small group’. But that is another story.)

My friends, I so hope this encouraged you.