Home Who We Are Salvation Stories Significant Resources Meet The Team The SUM Shop Lynn Donovan Ministries New Here? Video Teaching
Marriage Challenges in the Time of Lockdown
In Our Homes We Are Fresh as a Daisy!

Representing Jesus to Our Families 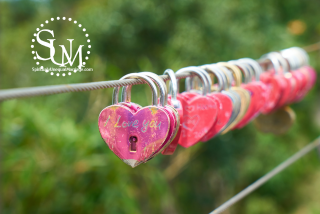 I just had a realization that gave me a giggle. I went onto our Instagram page, scrolled down, and realized that I have put so many pictures of weaponry on there. We have at least two sets of boxing gloves … a sword … a spear … a few videos of me talking about hurling stones at Goliath giants .. And then I have a picture of war-planes scheduled for an upcoming post. The reason I laughed, I suppose, is that I'm not particularly like that in other areas of my life.

I looked at all that battle imagery and thought to myself, ‘Ann?! What's going on?’

Well … It could be the times we’re in and what God has been asking us to focus on. Society's godlessness is ramping up. That calls for us to strengthen ourselves in the Lord (1 Samuel 30:6). From a personal viewpoint, I've also had to fight so tenaciously for my faith in my marriage that I do feel a bit like a toughened old boot these days. But I also know that to represent God well to others we must hold two things in equal tension: (1) Compassion/mercy on the one hand, and (2) Righteousness/truth on the other. As we learn about these, we sometimes focus on one and sometimes on the other, until we can walk out both things in tandem and represent Jesus well.

Our marriages are a great training ground for that: How to represent the mercy of Jesus, but also stand up for truth. Do you find that as difficult as I do, I wonder?

For months I suppose I've been something like a battle-maiden when it comes to Jesus. I’ve been listening to God about putting away cowardice. I’ve also been engaging more than I used to with the issue of demons. Finally - sadly -- I’ve gone near the realization that some people are truly in rebellion against God, as opposed to, say, being apathetic or on the fence. All of those issues are not ‘meek and mild’ ideas. Rather, they speak to the fact that Jesus often stood up against things and came to destroy the works of the devil, as captured in this scripture:

Whoever makes a practice of sinning is of the devil, for the devil has been sinning from the beginning. The reason the Son of God appeared was to destroy the works of the devil. 1 John 3:8 (ESV)

So yes, we've been focusing on battle in this blog lately; but, hey, perhaps we can switch modes now. The fact is, Jesus is so wonderful I want to spend the whole day with him, always! As Lynn said recently, "When you have an encounter of love with God it changes you forever," and it is that experience of Jesus that I want to bring to another person when I represent Christianity -- The kind of delightful experience of Jesus that would unlock their hearts and make them want to fall to their knees. 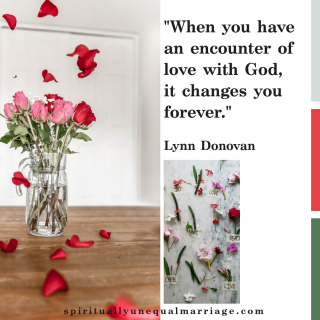 How, how? How do we bring Jesus to others who don't know him? Well, to know our gifts is one great way, so that we can use the strengths God has given us to fulfil his purposes. For example, some of us are great encouragers, others have an interest in praying for healing, others love praying for people. Then we must pursue those things.

But what about bringing the abundant life to our spouses? That one feels tough because their hearts often seem unready to receive anything we want to say in spiritual terms. What a great topic for us to turn our attention to next, perhaps. I feel a series coming on!

In the meantime, let's chat in the comments -- I would love to hear what you think of any of the above.