I see a cloud the size of a man's hand 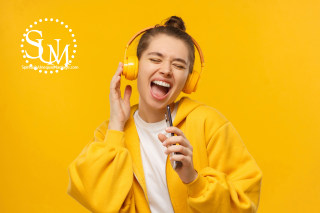 Whew, it’s been an exciting week with us hearing about two spouses’ salvations in one week. If you missed those you can catch up here and here.

Well, unbelievably, there’s more! No sooner had I uploaded Monday's post about a second salvation than I got a message from another SUM friend (a local friend): Unbelievably, her husband had just responded to an altar call this past Sunday at church.

Three in one week.

Are you pulling the same stunned face as me, I wonder?

All I could do then is play the song ‘God is on the Move’ on repeat in my living room and do some serious (uncool, Mum-looking) dancing in celebration. My teenage son, Miles, sauntered down the stairs midway through. He looked at me, smirked, shook his head, and walked on into the kitchen to get himself some toast.

Anyway, somewhere in amongst this extreme excitement, God gave me a scripture. He said, “Go and look at the passage where Elijah prays seven times before he sees a small cloud.”

So I did; and I wondered what I would see. I suppose it’s one of those stories I’d read a few times so perhaps felt ‘old’. The thing is, scripture is so full of treasure it’s never old. I should have known better and, sure enough, I saw something brand new this time.

The story of Elijah’s cloud is in 1 Kings 18:41-46, and it goes like this: There has been a desperate drought in Israel, but then Elijah proclaims to the King that rain is coming. He says to the king, "Go up, eat and drink; for there is the sound of the abundance of rain." In other words, "You don’t need to worry about stashing up food any more, I promise you the rain is coming!"

Truly, I feel this way about the spouses in our community. Impossible as it seems, we can know something is coming in the spirit before we see it in the natural. It's just ... There's perseverance first.

Elijah went to the top of Carmel; then he bowed down on the ground, and put his face between his knees, and said to his servant, “Go up now, look toward the sea.” So he went up and looked, and said, “There is nothing.” And seven times he said, “Go again.” (1 Kings 18:42-43, NKJV)

I wonder if even Elijah, let alone his companion, couldn't quite believe what he was seeing, even though he had sensed it in the spirit. After all, 'We're in a drought!'

So, with all that in mind, here's what just happened for us this past week:

One man’s hand goes up in surrender, ‘I say yes to Jesus’.

Another man’s hand goes up in surrender, ‘I say yes to Jesus’.

And a third man’s hand goes up in response to an altar call.

Oh, it's a cloud 'the size of a man’s hand' rising from the sea! A sign. A sign of more to come. We don't know how or when, but yes. More will come.

I am smiling here, and with that I’ll sign off for the weekend. Lynn will be here on Monday. In the meantime, for your pleasure here's 'God is on the Move'!