Home Who We Are Salvation Stories Significant Resources Meet The Team The SUM Shop Lynn Donovan Ministries New Here? Video Teaching
I see a cloud the size of a man's hand
The Ice Cream Van 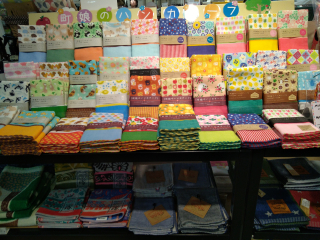 After asking that question I did receive two things from the Holy Spirit. They're unexpectedly playful things ... Two little stories of sweetness for us. I'm going to post one today, and the other on Friday. So, settle in and enjoy.

Both words come in the form of a story, and they both happen to have occurred back in January 2019 during our annual community fast, which is interesting.

So, let's step back to that week, in January 2019. We were fasting together as we do each year, Lynn was leading it powerfully, and I remember we had good conversations in the comments. My family and I also happened to be holiday in Japan during this particular fast .. So that added an element of color and memorability to the week.

Anyway, day three rolled around (aggh, hungry!) and as I woke that morning God gave me a set of three visions in a row. I grabbed my phone which was beside my bed, and blearily wrote them down. Here were the three (123!):

Second, I saw an absolute downpour of rain hitting the very place where I was fasting. And the words "1 2 3".

And third, I saw a man who was definitely and deliberately not a Christian falling to his knees very quickly and dramatically. 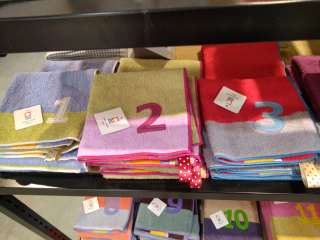 It made no sense to me whatsoever, until later that day when were in a department store and there -- Lo and behold -- were the cloths I saw!

Well, blow me down. I literally jumped up and down, pointing at the cloths, thinking "Those are the cloths I saw!" Of course I had no-one to tell. So, I joyfully had my little God moment there in the flannel/towel department of this Japanese department store.

And of course, what made it particularly striking was the fact that not only was it piles of cloths. The top pile had the numbers 1 ... 2 ... 3 on it.

We need another photo of said cloths, so here's another. 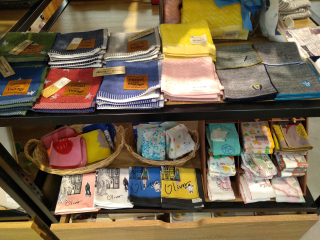 So now here's what God said to me about these three visions, confirmed by the cloths:

The cloths that you photographed here, with '1 2 3' on top, represent the 1, 2, 3 men you've just seen turn. Those who were not aligned with Christ, but they have surrendered. Suddenly.

Colourful, customized. Each cloth representing a spouse, and what I am going to do for them.

There is the sound of the abundance of rain; you do see a cloud the size of a man's hand, and a downpour is coming.

My friends, that is God's heart for our community as best as I can convey it, using a sweet story of cloths in a Japanese department store (so quirky, but how delicious). I don't know the timeframe, but I do believe that -- in principle -- we can walk in hope, and we can be excited about what's to come.

I know that sometimes these things have layers, so if there is anything else of meaning that you see in the cloths and the visions I shared, please do share -- That's how hearing from God works. We weigh and test, we might receive a word but it's often just part of the picture ... And we can enjoy the process while we do it.