As we consider the story of Jesus's last week, we've reached the day after the crucifixion.

And today, I've been thinking about how God is just the best story-teller! 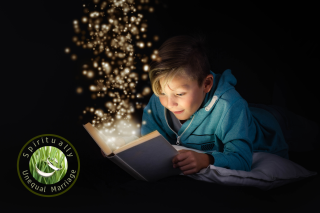 How would the disciples have felt, I wonder, during those long, long hours when Jesus was in the grave? Trauma, no doubt. Confusion, perhaps? Fear, for sure. An inkling of something good to come next, but serious difficulty believing it. If I were in their shoes I'm not sure I'd have been able to believe the good at that point.

Little did they know that every single part of that story they were living out had been pre-planned by God down to the finest detail. Later, that story would be written as part of a wonderful and coherent book. A book that starts with 'Genesis' and ends with 'Revelation'.

When Jesus had told two disciples to go to Bethphage and untie a donkey, for example, it was so that a prophecy in the Old Testament could be fulfilled.

"Rejoice greatly, O daughter of Zion! Shout, O daughter of Jerusalem! Behold, your King is coming to you; He is just and having salvation, lowly and riding on a donkey." (Zechariah 9:9, NKJV)

When he told two of them to find him a room to eat the Passover, it was so that he could eat the lamb with them. This was something foreshadowed generations earlier by their Jewish ancestors when the Passover meal was first instituted. And when Judas sold Jesus for thirty pieces of silver, it had already been prophesied centuries ago (Zechariah 11:12-13).

It was all one exquisitely crafted story. A love story.

Just like those disciples, we -- Jesus's present disciples -- can't really see the story we're part of. God continues to write stories using our lives. These stories turn into testimonies but while we're in the midst of our own personal testimony it's hard to understand what on earth God is doing in our lives. Or to sit through it.

Still, for those disciples something was round the corner. The same is true for our own lives. There will always be a 'something next' that God is doing.

Back tomorrow, friends, on Resurrection Sunday!