Rays of Light Bursting Through for the Carter Crew

Someone needs to hear what I have to share today. I was nearly finished writing this post, set my laptop aside for dinner, came back to finish and it was all erased. Sorry devil, you aren't going to stop us that easy! I decree and declare that our SUM community is an unstoppable force. Sharing the love and light of Jesus to our spouses, children and others in our spheres of influence! We march forth in victory, power and authority! Hallelujah! Amen!

Tuesday is my 8th wedding anniversary! I can't believe how quickly it has flown by.

I want to share two dreams that I have had over the last several years. I pray that in sharing, it will give you hope in your SUM.

I don't have an exact date but in 2011 my husband, boyfriend back then, and I were living in sin. I had just gotten my own apartment and he was staying over on a regular basis. We were alseep in bed together when I had a vivid dream.

I am not going to go into all the details but I was running into a church. My friends were trying to catch up to me. They were pleading with me to stop.

I run into the building and burst open the doors of the sanctuary. All heads turned toward me. I could feel all the eyes watching me as I rushed down the aisle onto the stage. There were a handful of men in black suits on the stage. Jason, my husband - then boyfriend, was one of them.

I grabbed his hand and was pulling his arm. To everyone in the room I looked like a fool. I didn't care. I just wanted to get us out of there.

A man was walking up to us. Jason put his other arm up as if to say, "I've got this." Jason turned to look at me fiercely and said, "I will never speak the name of Jesus." The look of horor on my face caused the entire room to erupt in laughter. This was not a house of God. This was demonic. I turned and ran out of the building as fast as I could.

I woke up crying. I had an urgency to pray for the man lying next to me. In my mind I cried out...God NO! This can't be his fate! Save him!

I had a dream that Jason and I were fighting a lot. We were at odds with each other. I distanced myself from him in our bedroom and was crying. He stormed off. I can't remember what was said but he was talking to someone. They were giving him a word of knowledge. (For those of you who may not know what that means, they were ministering to Jason. They were sharing things with him that only God would know.) There was some sort of promise from the Lord in what he was told.

He came back, I was sitting on what looked like a white bench in a garden. He came and sat to my right. He was calm and put his left arm around my shoulders to pull me in closer. I remember thinking this is different. He doesn't normally do this.

We looked at each other. He said, "if you and I both work together with Jesus than things will get better. I promise. It starts now."

I looked at him and started to cry. I said, "does this mean you want to work with Jesus?" He smiled.

I woke up crying. I had an urgency to pray for the man lying next to me. In my mind I cried out...God YES! Thank You that this is his fate! Save him!

This season of "Already, not yet" is like a crossroads. Which path will you take? 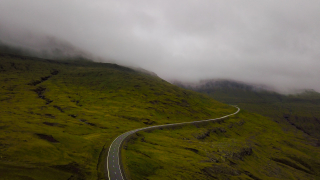 Pathway one is that of ease. It is that of settling. Giving up hope, joy, peace and confidence in the future God has called you to. It is of ease because the devil wants to keep you complacent. A nail that is not sticking out will not get hammered. It is the road that is more often traveled.

My family I want to share with you today. I've seen too many amazing things - provision from God...even when I was too lost and bound to pray. I've seen him soften my husband's heart. I've seen what it's like to come out of a very dark time in my life...one in which I almost gave up everything.

I'm learning of the glory and goodness of a Father in heaven who has unrepentant, unquestionable, undeniable, unlimited love for me.

I never would have thought when I had that dream in 2011 that ten years later I would experience such a beautiful dream.

I could have given up back then. God knew my heart was set on this man...and I stepped onto the road less traveled.

God has given dreams, words, confirmations that Jason is already seated in Heaven. He is clothed in righteousness. He is beloved. He is powerful, sanctified, set free. He walks in power and authority of the Holy Spirit. It was set in his book before time began.

However, I am living in the not yet. So, I keep praying. I keep decreeing. I keep hoping. I keep expecting.

"Do you not know that those who run in a race all run, but one receives the prize? Run in such a way that you may obtain it." - 1 Corinthians 9:24
I'm running for my husband, my children, my children's children, even to the thousandth generation.