The Slithering Snakes of Holy Week

We've now got to the middle of Holy Week. 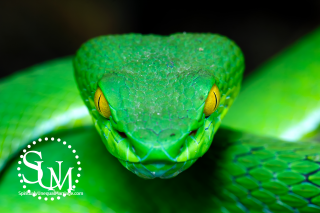 My friends, one thing we see in the Gospels is that those Pharisees were an absolute pain in the backside! No, not just a pain. It's serious. Their rejection of Jesus is really, really bad. Really bad.

Jesus shares pearls of wisdom that final week. His lips drip with honey and treasure. As he reveals parables and mysteries, there is much ground to cover.

His are beautiful, beautiful words of truth. But, the Gospels also report the crowd’s response. As readers we are meant to see that the responses are just as important as Jesus's words. And the Pharisees and Sadducees -- the religious ones -- hold an important lesson for us.

Everything Jesus says, the religious ones attack. He calls them vipers. Snakes. They’re trying to catch him out like cunning weasels. They don’t want truth and they don't want to listen, they just want to win. Yet they are blind and can't see themselves. As a psychologist might say, 'They have no insight into their own condition.'

Jesus asks them a question at one point. It shows how much their own agenda drives them:

Later in the week, the Bible includes a pointed detail: The night of the crucifixion these snakes hand Jesus over to Pilate, and yet don’t want to soil themselves by going into Pilate’s area because they are about to eat the Passover! (John 18:28). In their minds they are clean and holy.

They have murdered the Passover lamb but believe themselves holy for Passover. “We are holier than thou, Jesus!” they are saying, through their actions. This is scary. They genuinely do not see it.

The point here is that many will reject Jesus. And religious ones can sometimes be as blind as those who are not yet going anywhere near a church. That is a big statement and a whole other conversation. The rejection of the Cross and the Kingdom can take a few different forms in the church (gulp!) But it's an important message from the Gospels.

So, how do we guard our own hearts? We're religious people, after all. In my mind, keep studying the words of Jesus so that we understand his whole message. Continue to seek to understand why we need the cross, and then what the Kingdom of Heaven looks like. Mm.. I quite like that advice (which I just thought up as I typed) so I'm going to take that for myself!

As an aside, I notice that over on Lynn's page there is a series on why we need the cross. I need to catch up but am looking forward to reading that.

For now, do any thoughts come to mind for you as you read this?