Home Who We Are Salvation Stories Significant Resources Meet The Team The SUM Shop Lynn Donovan Ministries New Here? Video Teaching
God's Promises from the SUM Archives
The Harvest Ahead 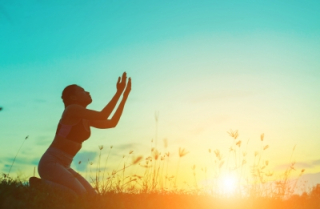 Image courtesy of Janpen04081986 at FreeDigitalPhotos.net

Hello, dear SUMites, Ian from sunny Sydney. The world was turned on its head this time last year when the first people outside of China began to be diagnosed with this new virus strain which the medical community named COVID-19. The virus soon spread exponentially (a term that became part of our daily lexicon) throughout every land, borders in many countries were quickly shut and panic set in.

A year later, some countries are still in the thick of it. Vaccines are being rolled out to the masses and everyone’s hoping and praying that by the end of 2021 the world might go back to normal.

The loss of life, both in terms of deaths but also change in daily routines, access to family and friends, loss of employment, and so on has been immense. The world has been crying out, ‘how long will this go on?’ The shock and disbelief still reverberates.

For those of us who follow Jesus it’s made many of us question where God is in all of this. “How long, Lord?”, like the Psalmist has become a common refrain along with many other cries from the heart. Lament, a passionate expression of grief or sorrow, is a very acceptable posture before the Lord. As Pete Greig states, “struggle and travail are important expressions of biblical spirituality. Lamenting is more than a technique for venting emotion. It is one of the fruits of a deepening spiritual life that has learned to stand naked before God without shame or pretense …”1

If you’re familiar with the Psalms2, you’ll most likely be aware that at least one-third of them are laments where the writer is in the midst of some unresolved pain.

If you’re grappling with some unresolved pain, may I encourage you right now to express your pain, sadness, grief, disappointment, fear or frustration to the Lord. Sit quietly and be gentle with yourself, grab some tissues and simply ask Jesus to be present. And now share whatever you’re feeling. Take your time. Jesus won’t leave.

If you expressed your emotion and feel up to it please let us know in the comments so we can join you in your lament.

Solution or a Person

I was struck the other day by two stories of lament, one Biblical (from Job) and another about a marriage breakdown. We’re all familiar with Job’s story of incredible loss that occurred suddenly. He lost his family, his possessions, his health, everything. Friends came to counsel him while Job cried out to God. And heard nothing in reply nor was his situation resolved or fixed.

I find when I’m struggling with unresolved pain, I just want God to fix it. Heal me, open a door, provide something and so on. Or at the very least an explanation. ‘Why has that friend suddenly deserted me? What have I done?’ Anyone else with me?

We want the answer, the solution, the explanation, so we can control the situation, make sense of it. When we understand something, we are able to exercise greater control over it.

But so often, nothing happens. Right? Like Job, it makes no sense. ‘How long, Lord?’ we cry for the umpteenth time.

Let’s go back to Job. After 37 chapters, God finally responds. And what a response it is. Let’s look at the first few verses, but I’d encourage you to read the rest.

‘Where were you when I laid the foundation of the earth?
Tell me, if you have understanding.
Who determined its measurements—surely you know!
Or who stretched the line upon it?
On what were its bases sunk,
or who laid its cornerstone
when the morning stars sang together
and all the heavenly beings shouted for joy? (v 4-7)

What tone do you hear in God’s voice as you read these verses? A harsh demanding one or a loving Father that speaks tenderly and honestly? The former makes God to be a critical judge that chides his impatient underling, while the latter makes Him to be a caring Father who happens to have the entire universe in His hands. Included in this universe is suffering Job.

God has never left Him. Not for a minute. Everything and everyone is in His loving care. Similarly, to Job, God hasn’t left us during this past year. He’s still very much in control.

What do we prefer? The solution or Him? The provision from His hands or His warm embrace saying He’ll never leave us or forsake us?

May I encourage us to choose to believe that our loving God is always with us irrespective of our circumstances and He wants us to continually turn to Him, for Him and not just the solution. He is always the answer! He wants us to surrender control, even if we can only do it with gritted teeth. Yes, cry out for the solution you seek, and He may well provide but most importantly He will give Himself which is the best thing we could ever hope for.

Much love, my friends.