God's Promises from the SUM Archives 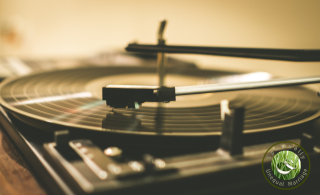 Dear SUMites, do you remember last year I said I would pull out some of the words that God has spoken to our community over the years? In particular I’ve been interested in key promises we have received from the Lord -- Corporate promises for us that we can look at together.

Here's the first post I wrote on that last year: God's promises for the SUMites, part one.

This ‘collating of God’s words to the SUMites’ has been a project of mine for some time now. I have been reading through the archives in date order, starting from May 2006, with the hope of sharing important words on here every now and then. It's a refreshing and remembering of what God is wanting us to know, I guess.

So this brings me to the next series. Starting on Friday I’m going to spend a few posts sharing some words from the archives on a key theme: What God has promised us and what he wants us to know. For this series I’m using the above picture of an old record, as these words are records of things God has spoken.

When we see that picture of the record player, I love the idea of us thinking, “For the record, God has said…”

To go back for a moment down memory lane, we know that in 2012 Lynn and Dineen (our then-leaders) both had a transformative experience with the Holy Spirit and after that they began to receive the occasional vision, dream, or message for our community. This was all part of God lifting us into a Kingdom lifestyle where we bravely welcomed in more of the Holy Spirit’s activity.

Prophetic words are part of that Kingdom lifestyle. By definition, a prophetic word is simply an inspired word from the Holy Spirit. It can come in a dream or a vision, or the still small voice, and we can learn to receive these things from the Lord by asking him to speak to us. Anyway, Lynn and Dineen both began to receive the occasional word for this community, and they would bravely write it up into a post saying “This is what God seems to be saying to us right now.” (I say brave because it is a responsibility and they would have thought carefully about it.)

Many of us have been readers here a long time. And we might even remember these words. They are part of the love story God has for us, and enable us to charge forth in hope.

The hard part is that sometimes promises are given to us a long, long, LONG time before they happen! Psalm 105 talks about that: Joseph was given a promise but then ended up in prison for years. God's perspective on this? The word of the Lord tested him.

“He had sent a man ahead of them,
Joseph, who was sold as a slave.
His feet were hurt with fetters;
his neck was put in a collar of iron;
until what he had said came to pass,
the word of the LORD tested him.”

So, dear friends, if you -- like me -- read promises from God on here several years ago but they haven't happened yet there's nothing wrong with that. It's just, those words have tested us. It's as if God says to us: “Will you persevere?”

Now to these upcoming posts: I’m going to share a series of words that the Lord gave to Lynn and Dineen in 2013. They wrote five posts about a particular set of promises from the Lord: Promises about where we are heading as a community, and what we are all about.

Are you ready to receive them again? I hope so. It will be exciting.

In the meantime, perhaps a question we can discuss in the comments is this: Do you have promises from God that you are holding onto tenaciously in your SUM?

Looking forward to chatting more about this one!