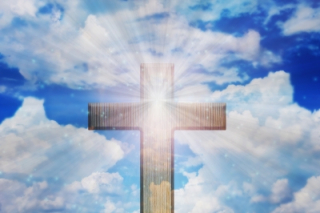 Image courtesy of KAZITAFAHNIZEER at FreeDigitalPhotos.net

Happy New Year, dear friends. Wow, 2021 has come upon us and for many of us it hasn’t been a great start with lockdowns, restrictions and political chaos.

I’ve been thinking about this post for a few weeks now. In the past few years, I’ve shared my ‘word for the year’ in this first post. And guess what I’ll be doing that again. Interestingly, it also links in well with Ann’s previous post .

I hadn’t given it much thought until I happened to reflect on some of the verses I’d been reading in my Advent readings. Two in particular caught my attention:

The first is from Isaiah 11: “His delight is in the fear of the Lord.” (v3a). The ‘he’ the prophet is referring to is Jesus.

The second is in Mary’s Magnificat in Luke 1. I’d encourage you to read Mary’s song. It’s a beautiful love song about God. But the verse: “His mercy is on those who fear Him from generation to generation.” (v50).

We’re told that Jesus would ‘delight’ in the fear of the Lord. And then his mother who is carrying him in her womb, personifies this ‘delight’ in fearing God through singing this song and allowing her life to be turned upside down by Gabriel’s news.

Fear of the Lord

Before we get to the ‘word’ for the year, I want us to reflect a little on ‘fear’. I’ve lived with it all my life, at times paralyzing me with anxiety. I expect all of us can relate to fear that has kept us up at night, woken us up at night, or given us sheer terror.

But clearly this isn’t the fear that Isaiah and Mary are referring to. Because they’re delighting in it. I think all of us would agree that the fear I just referred to is one that we don’t delight in.

For some of us we’ve grown up fearing God in the I’m scared-fear way. I know I did. And I can relate that back to the fear I had for my father. For many people, their first impressions of a fatherly figure dictate their initial response to God. I was one of them.

There is a ‘right fear’ of God that makes us long to be more like Him. Jesus and Mary possessed that ‘right fear’. We often swap out fear for ‘awe’ or ‘reverence’ but I’m wondering whether they really have the same impact as the word, fear. We’re all probably familiar with Paul’s encouragement to the Philippians:

“Therefore, my beloved, as you have always obeyed, so now, not only as in my presence but much more in my absence, work out your own salvation with fear and trembling,” (2:12 ESV)

Once again, awe or reverence doesn’t have the same impact, does it. We should tremble in our delight of God. His goodness, His almightiness, His power, His creation (breathtaking), and His tenderness and love for us. We’re simply breathless with tears in our eyes full of all this incredible [good] emotion. As David exclaims in Psalm 145: “God is magnificent; he can never be praised enough. There are no boundaries to his greatness.” (v3 MSG)

Does that make sense?

I’ll be doing some study on this notion of delighting in the fear of God and if it’s okay with you will share some more down the track. I want to experience that delight!

A Word for the Year

As I contemplated this delighting in the fear of God, two things happened on the same day. I’m big on the three strikes test being a little sign that God wants one’s attention.

I received an email from Bethel, just their weekly email that all subscribers receive. It featured the word: ‘Behold’ and provided the dictionary definition: 1. To perceive through sight or apprehension; 2. To gaze upon. The email advised ‘behold’ appears ‘roughly (?) 1,527 times throughout Scripture.’ That’s a lot.

I listened to a song I’ve played most days for the past few months, simply titled, ‘Behold Him.’ It’s a beautiful song. I start my mornings with it as it helps me ‘behold’ Jesus.

Yes, perhaps an old word, some even might describe it as archaic. You might not find it in the modern Bible translations, rather the older ones. But the notion of fixing my eyes, to gaze upon the Lord and to learn from Him each day excites me.

Do you have a word for the year? Don’t worry if you don’t. But I like it especially as I try to start everyday doing something in relation to it. It provides a focus for my day. Well, at least the start of it.

If you have a word or a reflection for the year, would it be okay if you shared it in the comments below? Be lovely for us to come around each other and encourage one another with their words.

Here’s to a special year ahead, one where we all draw closer to the Lord and discover more of the delight in His Word, in His love and His magnificence.