Home Who We Are Salvation Stories Significant Resources Meet The Team The SUM Shop Lynn Donovan Ministries New Here? Video Teaching
When a Spouse Leaves the Faith -- Part 2
A Prayer of Blessing Over Our Children

When a Spouse Leaves the Faith -- Part 3 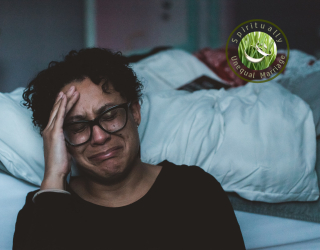 When a spouse leaves the faith -- part 1

When spouse leaves the faith – part 2

I’d like to thank those SUMites whose stories have helped inform the last two posts on this topic. It is an intensely difficult path.

The grief of a lost shared faith in marriage is an extreme thing to live with, but several of the SUMites I talked to said they can look back and see how much they have learned through it all. So I thought it might be nice to finish with a few ‘tips’, or insights, from these SUMite soldiers.

If I can summarize, what most said – in one way or another -- is this:

Once you realize the battle is spiritual, a shift takes place.

Once you realize that it's a blinding of your spouse's heart, the fight changes its flavor.

Once you realize that your spouse is not the enemy but the prize worth fighting for, then you begin to battle as an overcomer.

I guess those comments point to this well-known verse:

"For though we walk in the flesh, we do not war according to the flesh. For the weapons of our warfare are not carnal but mighty in God for pulling down strongholds, casting down arguments and every high thing that exalts itself against the knowledge of God, bringing every thought into captivity to the obedience of Christ." (2 Corinthians 10:4-5, NKJV)

With that in mind, here are some final insights -- pieces of wisdom -- from those SUMites:

(1) Winning without words is the way to go.

Yes, 'Winning him without words' is one of our favorite mottos, from 1 Peter 3:1. In this scenario, it most likely means not bashing the faithless spouse over the head with arguments. In fact, those ones who have lost their faith probably know every argument there is and will not appreciate a head-walloping. A couple of our SUMites said they tried hurling apologetics at their spouse for a good few months; then gave up. It didn't do any good. A gentle and quiet spirit was the better formula.

Several SUMites said how much their journey changed once they enhanced their understanding of spiritual warfare. There are quite a few resources out there, and several mentioned the book Marching around Jericho had been a big help. Many of our blog posts on here in the archives also cover the topic of warfare.

(3) Fight for that marriage

Said one SUMite: "I learned how to fight for my marriage. I learned that the entire situation was because the enemy wanted to destroy my marriage and destroy our family. I stopped contending for my husband's soul with angst because, frankly, it was exhausting, and it wasn't MY JOB to save him!”

(4) Your faith will never be the same again – And it's a good thing!

Several SUMites said this situation has changed their relationship with God for the better. This statement was pretty powerful:

“If God gave me the choice for my husband and I to each go back to the faith we had before all this, I wouldn't choose that. My husband's faith was obviously lacking and built on shifting sand, and my relationship with God was also lacking. So, if I don't want to go back, then the only way to go is forward, and God's already there.”

(5) Finally, God is not surprised by any of this!

It's true -- He knows. He knows all about it. And he will use it. In the words of one SUMite:

“And then it dropped that He is good and this is not a surprise or an 'oh crap, I didn't see that coming' moment for Him. And that was a turning point for me.”

So, my friends, that brings our series on this topic to an end for now. I can't help but feel there's so much more we could say. For example, what is it like for the spouse who loses their faith? How can we walk it with compassion? I'm sure we will be back to revisit this. But for now, we'll leave it there.

To conclude, are there any other key tips that you would share with someone walking behind you on this path?