Home Who We Are Salvation Stories Significant Resources Meet The Team The SUM Shop Lynn Donovan Ministries New Here? Video Teaching
A Word: God is Calling our Spouses.
Taking Off the Badge 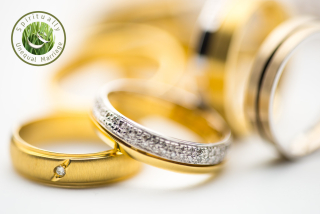 As you know, we’re currently looking at past words that the Holy Spirit has spoken to this community. In our archives there are places where the Lord has said something specific to equip us, and I’m in the process of pulling these words out, in date order, to see how the Lord has progressively spoken to us as a body.

What does God want us to know? Where does he want us to focus our minds? What wisdom does he have for us?

On Monday I shared the first of these words. It was the simplest of words that the Lord gave Dineen for this community but sometimes he gives us simple truths to digest, especially as a first step. Dineen described the word as this:

He is calling our pre-believers with His salvation.

We need only lift our face to Him and trust that He is doing it.

When we receive such a word, our role is then to engage with it. Believe it. Turn it over in our minds. For example, we could go about our week asking 'What does it mean or look like for the Lord to be ‘calling’ my spouse?'

One way of engaging with a word from the Holy Spirit is to write it up and pop it somewhere accessible, at least for a little while. So today I have a post-it stuck on the wall by my washing-up sink. It says:

“He is calling my husband. Keep lifting my eyes heavenward!”

This is what Paul advised his younger believer, Timothy, to do in 1 Timothy 1:18: Wage war with a prophetic word. Speak it out in faith. God has said he is 'calling', and so we can align our thoughts with it and consider it carefully.

There is a scripture in the Psalms that vividly depicts how a body of people, like us SUMites, can 'wage war' with God's words. That scripture is super interesting, and I might unpack it a little. It says this:

"The Lord gave the word; great was the company of those who proclaimed it:

‘Kings of armies flee, they flee, and she who remains at home divides the spoil. Though you lie down among the sheepfolds, you will be like the wings of a dove covered with silver, and her feathers with yellow gold.'

When the Almighty scattered kings in it, it was white as snow in Zalmon."

What’s interesting here is that the first sentence uses the Hebrew word o'mer for ‘word’, which can mean promise. In other words, the Lord gave a promise and then a company of people proclaimed that very promise themselves. They were a great company too: Like the SUMites!

The middle lines are the promise itself: That kings of armies would flee, and it has a wonderful air of mystery with visions of gold and silver feathers. When God speaks, there may well be some mystery included. Anyway, it is this promise that the company of people declared. And then the final line (verse 14) documents that the Almighty did scatter the kings, just as he had promised. Exactly as the company of people had proclaimed.

SUMites, we are like that great company of people in Psalm 68 who received promises straight from the Lord, declared them, and eventually would see victory. Let’s keep on waging war with the things he has shown us.

On Friday I will share another word from the archives. Lovely chatting, and see you then!