Home Who We Are Salvation Stories Significant Resources Meet The Team The SUM Shop Lynn Donovan Ministries New Here? Video Teaching
Wrapping Up Our Series on LOVE
What's Your Biggest Question for Jesus About Your Marriage?

The Day God Surprised Me 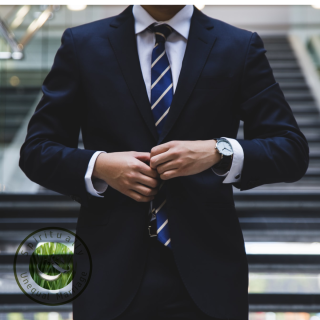 We can walk through this SUM path feeling weary, right? But there are moments where God brings us a surprise gift to cheer us up. Today I want to encourage you with a little story: It's about the day I discovered Bryce’s favorite friend had unexpectedly become Christian. If you need a boost I hope you enjoy this one!

Now, this guy was unusual in that I never would have imagined it. Not because he was off the rails. I just wouldn't have picked it. I’ll call him David.

Bryce and I were friends with Dave in our early twenties. He was one who lived life hedonistically and he became unusually successful in the business world. He is very funny, with a dry wit that my Bryce particularly enjoys. Over the years the two of them would laugh their way across the golf course, squash court and pub.

Eventually, he moved away. Then, a spiritual earthquake hit our home: I turned to follow Jesus, Bryce wasn't thrilled, and our spiritually-mismatched situation began. Aggh! In those years, I desperately craved Christian friends but had few. It was in this miserable condition that God landed me with a surprise: Dave had converted.

I found out on the day of Dave’s mum’s funeral. His mother was a lovely Christian, and we set out that sunny morning to farewell her. Dave lived in another country by then but had come home to nurse his Mum; and now on this day he gave her an honoring eulogy. He took to the podium and in true form had us even laughing at points with his humor, but then I nearly fell off my seat at what came next:

“I know I will see Mum again because she is in the arms of Jesus Christ, my Lord and Saviour. And that is all that matters.”

My wide eyes followed Dave as he left the podium and sat back down, head heavy. I watched the back of his head, curiously, wondering about what I’d just heard.

Later, Bryce and I stood opposite Dave and his wife, cups of coffee in hand. The conversation was light and warm, but suddenly Dave cut across us with a strange focus in his eyes: “Ann, are you still reading the Bible?” My eyebrows raised, and I was just about to answer when Bryce spoke for me: “Yes she IS! She certainly is!” He followed this by saying: “And she can’t put it down.” Perfectly cheerful, he was, biting into a sandwich. Given our tension about faith I was pleasantly surprised, even by that. Dave’s eyes stayed on mine and he said quietly: “I’m so happy about that, Ann.”

There was no opportunity to say more. But did I possibly have a friend there in Dave?

It was months before we saw Dave again. There at a dinner table one evening he shared his conversion, his wife by his side chiming in just like Bryce did at the funeral. Bryce and I sat listening. We talked about church. Dave’s wife piped up at that point: ‘I hate going to church!’ I cast her a sideways glance and thought ‘Ok, I know all about that.’ Clearly they had the exact same dynamic as us. And hard as it was for Dave it made me feel a bit better. I guess I saw it was a normal outworking of this difficult situation.

Since then, Dave and I have snatched the odd faith conversation. He moves in a friendship group that is entirely non-Christian; and in his professional life he is a rare believer. It is not easy being an adult convert: You end up being lonely in your social world. But I look at his conversion story and know he will make a difference to his wife, colleagues and friends. It's easier to see that bigger picture in someone else's life than it is in your own.

As for Bryce, well, it's all part of God's planning. I imagine the two of them walking across the golf course or at the pub sharing their faith as friends someday. Wouldn't that be interesting? For now, I just enjoy it as the gift that I know will keep on giving.