Home Who We Are Salvation Stories Significant Resources Meet The Team The SUM Shop Lynn Donovan Ministries New Here? Video Teaching
From A Black Friend to My White Friends
Want Your Spouse to Be Different? Pray Different! Pay this!

Forgiveness IS Powerful by Pam Osborn

SUMites, Lynn here. I've asked one of our long time community members to share with all of you about a forgiveness model she uses that is powerful and effective. I urge you to also try this. Having a physical anchor to ta spiritual concept is keenly helpful and significant to step into spiritual reality. This is a good one. So, take it away Pam. Hugs, Lynn 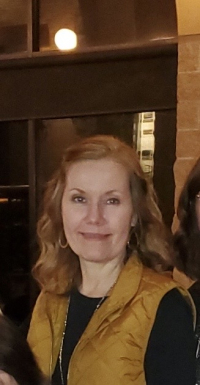 I was asked to share a little about what I have learned on the topic of Forgiveness.  It seems that there is a lot more to it than just saying you’re sorry. It is actually one step in a peace-making process.

It was helpful for me to get clarity on what Biblical forgiveness is and what it isn’t.  I feel like many of us get hung up here.

Along these same lines, I thought forgiveness was between you and the other person.  That you would extend an apology to them, and your relationship would be reconciled.  You don’t have to reconcile a relationship with someone to forgive them.  Biblical forgiveness is between you and God alone, it’s a one-way transaction. The other person does not have to be present or even still living.

If you are in my camp, you have probably resisted forgiving someone because that would mean you are forgetting the harm or offense they did to you and you are letting them off the hook.  We want to extract justice ourselves and don’t trust anyone else to carry it out.  The Bible teaches that God hates sin.  He never EXCUSED my sin; it was nailed to the Cross with Christ.

Whenever we are harmed or wounded, the offender creates a debt that is owed to us.  I was given a simple exercise that helped me work through these offenses.  We made photocopies of a cross and were instructed to write down the name of every person who hurt, wounded, or shamed us and to also list any event.  This exercise represents the act of forgiveness in that you are releasing YOUR claim for justice to God.  They no longer owe you a debt, they owe Him. It has given me a freedom to release the person and not have to carry that weight. I kept my cross and have referred back to it any time I need a reminder that justice is His.

Pam Osborne is employed at a law firm in her hometown of Greenville, S.C.  She is active in her community and Church, where she is a Coach in a 12-step program in the Care & Recovery Ministry.  Pam has been a part of the SUMite community for a number of years. Pam enjoys painting and DIY projects.  She is currently a semi empty-nester with her two adult children.