Salvations in Our Community: What's Next? 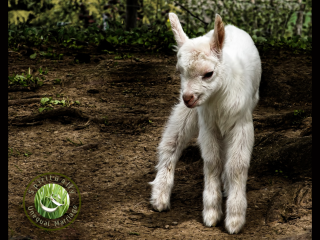 There’s a curious thing happening in our ministry right now: We're seeing significantly more spouse salvations than we have before. For years we’ve known it would happen, and now it's visible. We’re seeing it mentioned in emails or on closed Facebook groups; that's how we know.

It started about a year ago. Before then, we’d had the occasional salvation posted on here, and often it was a story with a wow factor. Those stories helped us keep going, which we badly needed. But what we're now seeing is a quieter kind of conversion.

What’s happening with the current shift is that the stories are not being posted because the process is intense and private. One SUMite described it as feeling like she’d finally made fire, and now she needed to cup her hands around it and protect it at all costs.

The shift comes at an interesting time. It’s a time where many are hearing God say He is bringing global revival and doing a new thing in the church. It occurs to me that revival might not be instantly visible because it happens first within hearts. For a community like ours we might be some of the first to see it because we have this online ministry and recognize change easily. What we’re seeing right now is spouses begin to turn their hearts, and a few have already been baptized. Others have publicly accepted Jesus.

From this steady trickle of salvations, I’m learning some lessons. The first is that I may have dearly wanted salvation, but it might not be as I expect. I should prepare for hiccups, stops and starts. Here's an analogy I keep thinking of:

If salvation is like a baby being born (John 3:3-5), the last bit where the baby passes through is especially tough for all involved; and then there’s the afterbirth. If we’re the midwives catching the baby, we’ll have to get to work: check the baby is breathing, give it its injections, make sure it can feed, clean up the mess. It’s serious.

On that point (thinking of midwives and their equipment), I hear God say this for us:

Yes, kid gloves are what we’ve used while 'winning without words' but now perhaps it’s a time for a new set that look more like pragmatic midwife gloves. Our new season will require delicacy, but instead of delicate evangelism it’s now to be delicate discipleship. Because many of our spouses are natural skeptics, it might be harder than discipling an eager churchgoer. There may also be the mess of spiritual battle. Well, friends, we are duly equipped with new kid gloves! Gloves for His new kids.

I'll share this: My own adult conversion was hard, so I feel for anyone who changes late in life. I myself faced intense doubt to the point of torment. I struggled with church culture. I had to handle issues like, "That Christian over there behaves really badly!" And then, the topic of Satan did it for me: In my mind it was just too far-fetched. However, then I realized Satan was real, and that was even worse. The day I realized demons existed was a bad day in the office. At that point I wanted to jump on the nearest boat, like Jonah, and sail away (Jonah 1:3). Except I couldn’t, which made it all the worse.

My conversion involved things like going to church, seeing people abandon their dignity just like King David did in heartfelt worship (2 Samuel 6:14) and thinking to myself, "If I go any further with God, I’ll be that.” All of these mental complexities happened while I had a prayer life with God, but it was just such a leap to go further with Him.

So as I write I'm sitting here thinking this thing won’t be a walk in the park. After all, when a person turns to God they have to respond to a call to bow their knee and to do that they have to decide if they believe it enough and want it enough. This means that they might stop for a while before carrying on. Salvation is a deep matter of the heart, and the path may be winding.

Nevertheless, it's a very exciting time for us. Now I'd love to hear from you, SUM friends -- Are you seeing it too? What do you think we can expect?