Home Who We Are Salvation Stories Significant Resources Meet The Team The SUM Shop Lynn Donovan Ministries New Here? Video Teaching
An Encounter With God's Love Broke the Chains of Performance Anxiety
Salvations in Our Community: What's Next?

I Asked God Some Questions ... 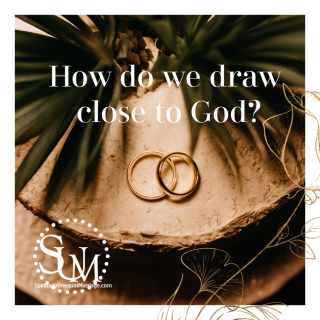 We're spending time talking over on Facebook about intimacy with God, so I thought I would follow suit in today's post. Many years ago, I observed another Christian's intimacy with God, and it was so eye-catching that it kick-started my own relationship with Him. Here’s what happened:

I was at my parents’ table in Reading, England. I live in New Zealand, so only visit once a year. On this visit I noticed that in their home ‘everything felt nice’. Even the coffee had that little ‘something special’.

Are you suspecting something? Yep, my parents were both growing in their connection with Jesus. As a non-Jesus-lover, I didn’t recognize the atmosphere for what it was, but I did notice my Dad seemed to spend a lot of time in his study. The door was closed for one or two hours, then he’d emerge for a late breakfast, cheerful.

One morning at the table, I said to him: “What do you spend your time on?”

He cast me a secret smile: “Well, Ann, the only thing that matters to me these days is my relationship with God.”

Huh?!! I pulled a face but eyed him up quietly. Never heard such a thing.

Well, um, as you can tell, these days I’m a closed-door kinda girl myself with that same secret smile; it's the kind of smile that says ‘God is exciting!’ It’s funny how these things are catching. Yes, a while after asking my Dad that question, my heart got stirred and I began to do business with God on the couch in my living room. I am a couch potato, so can do time on the couch very easily, and this is where my relationship with God has happened. That couch is so meaningful to me now it’s like a family treasure. It's in the TV room, which I now term 'the prayer room' (much to the laughter of my family) and I retreat to it throughout the day -- Especially when life as a Mum gets intense.

Those years ago, on that very couch, I began to ask God some direct questions. The first one was ‘Um God, Do You Exist?’ Blow me down, He answered over a period of weeks with some extraordinary occurrences. Oh. Next question: ‘What is True?’ At this point, I bought a special notebook and started to record these questions, documenting my blossoming relationship with Him. One notebook led to another, and these days I have a pile of them. The questions seemed to open up closeness. 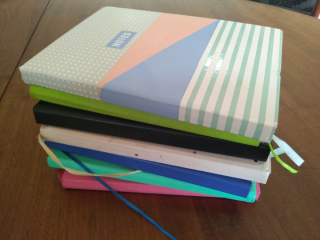 After asking ‘What is true?’ God started to show me it was Jesus who was the Way, and there was no other. It was so compelling that all I could say was ‘Ok, this is true – I’m in.’

Then came a time I prayed a dangerous prayer, without realizing it was dangerous. By dangerous, I mean it was the kind of prayer that brings the Kingdom of Heaven near because it is completely in line with His will and you end up never the same again. Dangerous, but exciting. The prayer I prayed was this:

Align my desires with yours Lord.

I've heard of others praying something like this (e.g., Let me really know you, Lord), and I've heard them say 'Sometimes I wish I hadn't prayed that prayer because it’s not been easy.’ That's a little of how I feel about that prayer though I would never, ever want it to be different. See, after praying that prayer, I could never get God out of my head again, and then I noticed how far from Him our culture is. That was the difficult part. My head and my heart became filled to the point that I felt constantly aware of Him. It felt like He had become as real to me as the person in front of me. Real.

Align my desires with yours, God.

Align my desires with yours.

This request, simple as it was, helped me draw closer to Him.

I've been helped vastly in years past by others on this blog -- Not only the writers but also those in the comments who've shared how they get close to God; so I hope you enjoyed this one little piece of my own story. But now I'd love to hear your stories: How much do you ask God questions, and what other things do you do to draw close to Him?