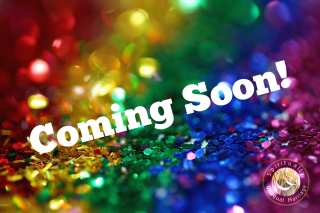 Like many of us, I’ve been watching the launch of Lynn’s new book, Marching around Jericho, with interest and am looking forward to cracking open its fresh pages.

Today, I thought I would tell you some of what I’ve seen from the side-lines. I want to attest to this book, as I've come to believe it’s a water-shed book for us, meaning it can mark a change or turning point. I believe it can change a season, and I say that because I’ve had some moments of hearing God about it. One of the things I have heard Him say is this:

A book has the power to change a season.

That's a big statement, and one I'm curious about. But there's more. Two years ago, before the book was even conceived in Lynn's mind, I think God told me about this book as if to say He is in it. It was February 2018, and I woke one morning with these words:

These words seemed to be almost my imagination but, nevertheless, I wrote them in my journal with a date beside them. I wrote, “I think maybe this morning I heard Lynn Donovan, coming soon! Maybe?"

What did it mean, I then wondered. Her husband -- Becoming Christian? As per usual, that thought sent me bouncing up and down mentally. I have quite the imagination so I thought, hey, let's believe it. Coming soon - yes.

Well blow me down, 2019 rolled round and he did. He got baptized. But is that what these words were for? I'm sure they were in part, but as soon as Mike got baptized Lynn felt God pulling her to write a book about the seven-year journey that led to that baptism. Year by year, there would be seven sections to the book. It was as if God handed her the structure on a plate and all she had to do was pick up a pen. The book was to be called Marching around Jericho.

Watching from the sidelines, then, I knew she was starting on it. As time passed, she produced a cover design, and then eventually she put an automatic footer on her emails with a photo of said cover. I’ve pasted it here –

As you can see, on the cover were the words Lynn Donovan, Coming Soon! So, every time I got an email from her over the last few months those big words have popped out at me -- Coming soon! It seemed to me that God had given me a heads-up about the book. Why? Perhaps so I could write this blog post.

At the end of the book Lynn describes how the walls of Jericho finally fell before her eyes. I won’t spoil it for you. From an early draft I read, it’s a good scene and the best ending. Lynn has shared a little of the timing -- dates and so on -- and by my reckoning those final events occurred exactly a year after I saw the words Lynn Donovan, Coming Soon.

So now we have this book. I can’t wait to work with it, and I want to say a huge 'well done' to Lynn on behalf of us all. Those who've followed this blog for a while have cheered her on from the sidelines and we’ll continue to do so.

Here's my prayer, then:

May this book be a blessing, and may it bring change to the lives of those who wait for their spouses to believe in Jesus.

Jericho might seem walled up so that no-one can come in or go out, but we see things differently.

Those walls are fragile and the fiery faith of a believing spouse who walks in partnership with Jesus brings power to the impossible.