Home Who We Are Salvation Stories Significant Resources Meet The Team The SUM Shop Lynn Donovan Ministries New Here? Video Teaching
When God gives us a Promise
She's A Lot Like Me 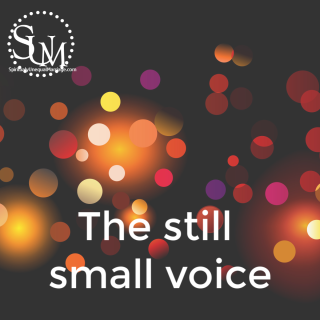 Two Christmases ago, I was sitting alone in a spacious old church in Edinburgh enjoying a family service. I'd been visiting that city on a solo trip and it was a treat to go to a new church. I chose one to visit and as I took my seat it warmed my heart to be surrounded by a hall full of believers, though I knew none of them.

Another song passed, and the tiny thought came back, now niggling me. Eventually I turned to the lady next to me and asked: “Is there someone here whose spouse doesn’t believe?” I mean there are usually plenty in churches, so there would be. I just wondered if it was someone she could point out.

Her eyes scanned the hall, going left, going right. Nope, couldn’t see anyone. She looked behind, but still couldn’t see anyone. Her brow was furrowed by this point, “I’m sure there are, I just can’t think …” And then she looked in front of her: “OH, yes –”, and pointed to the lady right in front of me, on the floor alongside her husband, watching the kids in the nativity play. “Yes, there she is with her husband. He’s very good, he comes to church with her but doesn't believe.”

I watched this beautiful couple during that service, thinking “I feel I would know how to encourage you, if we ever chatted.”

Then another thought came: “I should tell her she’s not a second-class Christian.” It really was a fleeting thought, one that could have been my own, certainly no thunderbolt. But equally, perhaps it was the Holy Spirit. So I did it. I walked over to her straight after the service, crouched down by her seat, and told her that I just wanted to encourage her. I didn’t mention the spiritually mismatched part. I just told her that what she was doing for her family by carrying her faith strongly was making such an impact, that it was a difficult faith road she walked, and that God is pleased with her.

Hearing God in our day-to-day is hardly ever a thunderbolt, and it is the still small voice. Nevertheless, as I walked out of the church that day I felt I wanted to know: “Was that really you speaking to me, Lord, or am I on a wild walk of the imagination here?!”

What happened next was more educative for me than I might have thought.

Two days later I was sitting on a bus travelling through a completely different part of Edinburgh from that church. The bus stopped at a red light, and I absentmindedly watched the crowds pass on the pavement.  In my daydreaming state, however, I was suddenly startled to see none other than that lady’s husband standing on the pavement! I did the most enormous double take. What was interesting about the scene was that everyone around him was in grey or beige, but this guy, he looked so colorful – I think he was wearing a crisp yellow and the brightest blue. He stood out from the crowd.

It seemed God was saying to me there, "Yes, you did hear my voice that day."

The reason it was educative was it confirmed to me that I should probably take note of these gentle whispers more than I do. It also showed me that if I ask God for help in figuring out whether I'm hearing Him He will come through for me.

So that's my story. What are your experiences or thoughts about hearing the still small voice even when it seems faint? I look forward to chatting in the comments.