Home Who We Are Salvation Stories Significant Resources Meet The Team The SUM Shop Lynn Donovan Ministries New Here? Video Teaching
She's A Lot Like Me
Your Everyday- A Sign and Wonder

Advent - A Season for Delighting 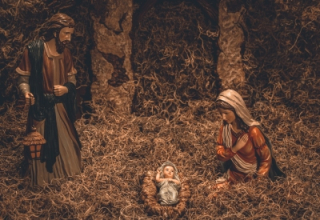 Image courtesy of jeswin at FreeDigitalPhotos.net

Dear SUMite friends, it’s Ian from sunny Sydney here. I love that Lynn’s previous post involved Mary as I too seek to dig a little deeper on one aspect of her story.

Let’s quickly look at the scene once again. I’d encourage you to read it in its entirety, Luke 1:26-38. And as you read it, picture yourself in the scene. Stand alongside Mary, our teenage girl. Innocent and naïve. But one who is a committed believer in God. She has read all the stories of Abraham, Moses, the other Joseph and the like. These heroes of the faith are very dear to her. She knows God uses ordinary people to do great things.

All of a sudden and out of nowhere, Gabriel arrives. Picture this mighty esteemed angel. I do wonder what he looks like. Is he a giant with wings like the magnificent artwork of yesteryear or does he come in the appearance of a man? Interestingly, the first impression we have of Mary in response to his appearance is that “she is perplexed by his words and pondered what sort of greeting this might be.” No mention of her being terrified by his sudden appearing nor of any imposing presence but his words that she is the “favored one! The Lord is with you.”

Gabriel informs Mary that she too will join the heroes of the Old Testament and be used by God for a great purpose. Luke in sharing this story contrasts Mary’s response to Gabriel’s words with those of Zechariah of a few verses earlier. Mary’s response is simply one of wonder and seeking to understand. Zechariah sought immediate proof to believe. He didn’t, so he was struck dumb.

“How can this be, since I am a virgin?” she asks innocently. Gabriel explains the miraculous power of the Holy Spirit and that she will carry for nine months the Son of God. Further, he validated his statement by providing the testimony of her cousin, Elizabeth, also being pregnant, as Lynn shared with us on Monday.

“For nothing will be impossible with God.”

This statement has been significant for me this year simply in acknowledging that all God sees is possibility. Let that sink in. We kinda put things into two buckets, don’t we? The possible bucket and the impossible one. Not God. There is only one bucket – possibility. I love that. Remember that when you get disheartened about your spouse ever coming to know Jesus.

Interestingly, one commentary I read recently mentioned how Gabriel, effectively waits for a response from Mary. Will she respond positively to God’s favor or not? In effect, this commentator indicates that Mary had a choice. Like we all do when God enters. We can choose to say yes, or reject Him.

Let’s face it, Mary as a teenage girl carrying a baby that is not her fiancé’s was set for a very difficult pregnancy. She would likely be rejected by Joseph and her family. But, as we know she responds affirmatively: “Here am I, the servant of the Lord; let it be with me according to your word.”

What courage, what obedience. She chose to abandon her own will and to follow that of the Lord. I wish I had this young girl’s faith.

Lynn shared with us how Mary went off to see her cousin, Elizabeth. Oh, and how we could spend lots of time reviewing that scene. But I want to conclude this post by reflecting on a favourite verse of many of us

“Delight yourself in the Lord, and He will give you the desires of your heart.” (Psalm 37:4 AMP)

Too often we hope that in believing God He will give us our desires. But this verse clearly shows there is a condition. And a significant one. God wants us to delight in Him.

This is what Mary did as expressed in the “Song of Mary” or “The Magnificat” as it has become known in the Biblical lectionary. Read it aloud for yourself: Luke 1:46-55. It is Mary’s hymn of praise. I suspect she sang this song many times during her pregnancy and through the years she mothered her son, Jesus.

This Christmas, let’s be intentional in simply praising our God. Sing those Christmas hymns with a little more gusto and passion. Because He is good, faithful and loves each one of us (including our unsaved spouses) like crazy. This is why we celebrate Christmas – God in loving us so much gave His son to be born to a young teenage girl, so that we could fall in love with Him and live a life to His glory.

Wishing all my SUMite family a most blessed Christmas. Be safe, be merry and delight in our most awesome God.