Home Who We Are Salvation Stories Significant Resources Meet The Team The SUM Shop Lynn Donovan Ministries New Here? Video Teaching
What are Cycles of Faith AND the Significance of Rosh Hashanah
Holy Assignment - SUMites PLEASE DO THIS! 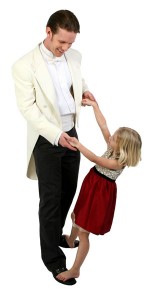 Hello, dear SUMite friends. Ian from sunny Sydney here. I returned this morning from a whirlwind trip to San Antonio to attend the American Christian Fiction Writers (ACFW) annual conference. This is now my fourth conference and the reason I keep returning is that each time I go I experience a significant God-moment, writing and non-writing.

My first experience of this was at the 2012 event where I met our dear friend Dineen Miller who introduced me to SUM. I’ve written about our meeting a few times but in a nutshell prior to this conference I doubted I could ever have a ministry role outside my small little world as a result of being a SUM. Dineen both at the conference and, later through her contribution to SUM, clearly demonstrated otherwise and it dawned on me that I’d allowed myself to be deceived by the enemy.

I had felt the Lord’s nudge to attend this year’s event. It surprised me because it’s a fiction event and my energies this year have been focused around a non-fiction project. Surely, there was a disconnect. But the nudges kept on coming.

But there were some clear obstacles, the biggest being a financial one. We simply didn’t have the money for flights, conference and hotel accommodation. I kept saying to God, well, if you want me to go then you’ll need to clear this obstacle.

Six weeks before the event, mid-August, I received a completely unexpected financial gift from my parents. They were unaware of my desire to attend the conference. I was amazed. The Lord said to me, ‘well, that’s no longer an obstacle’.

I left chatting to Fiona about it for a week or so until she asked me what I’d like to do with the gift. And so I told her. She was kind enough to let me attend and when booking flights I was able to use frequent flyer points to get me across the Pacific meaning I didn't have to spend as much as first thought.

I boarded my flight last Wednesday still unsure of why I was attending. I had set up some meetings but there was no guarantee they would provide anything of any great value. However, my heart was expectant both because of my three previous experiences but also because of how God had made it possible for me to attend.

It didn’t take long for things to start bubbling. The first worship session included the mention of a verse from Revelation that had been important to me during the first half of the year. Aha … is this it, Lord?

Even though I was able to share the significance of this verse to the two people who mentioned it and had a lovely moment with both, it soon became apparent it was simply a minor precursor to what the Lord had in store.

The second day proceeded uneventfully until an afternoon appointment I had set up week’s prior. It was with a man whose counsel I admire and on discussing my non-fiction project with him, it wasn’t long before I realised this was the ‘gotcha moment’ and the reason for my attendance. The feedback wasn’t exactly what I would have liked to receive but it was exactly what I needed to hear. Two subsequent meetings with agents confirmed the same.

I felt pretty flat and a little discouraged by the time night came about. I thought my project was headed in the right direction but it was clear it wasn’t.

Worship clears the cobwebs of discouragement

The conference always has a late night worship session where writers can sit and write as they listen to worship. I didn’t want to write. I wanted to worship. I needed to because it’s something that always lifts my spirits. And the worship band at ACFW is one of the best I’ve sat under.

The enemy hates worship. I reckon it’s like a persistent jackhammer banging away at their heads. They have to flee – remember Paul and Silas in the jail set to be executed the next day? What did they do? They “were praying and singing hymns to God” (Acts 16:25) What happened next? An earthquake happened, cell doors opened, chains fell off, freeing the two heroes.

Ephesians 5:18-19 is even more clear: “Be filled with the Holy Spirit, addressing one another in psalms and hymns and spiritual songs, making melody to the Lord with all your heart.” The Holy Spirit is the one who changes the atmosphere and being filled with the Spirit through singing and praying weakens the enemy’s power.

The discouragement I had soon lifted even though I was unsure of the next steps in my project. I woke the next morning feeling refreshed and energized. The morning’s worship was tremendous even more so as the Lord’s presence was thick as He touched a number of people in a very gentle healing way.

The Dance of Dependence

God never lays out the blueprint of the future, does He? It’s always one step at a time so we continue to trust in Him to lead us. We have to depend on Him. I was reminded of how a dad dances with a young daughter. She places her feet on his and as He steps, her feet automatically follow. It’s a wonderful picture for how we can follow His lead don’t you think?

When was a recent time you followed one of the Lord’s nudges out of obedience even though you were unsure of what was to occur? Be great for us to encourage each other in the comments below.