Home Who We Are Salvation Stories Community Miracles Meet The Team The SUM Shop Speaking New Here? Video Teaching
The Influencer Trophy Reward
This IS A REALLY BIG DAY!

Travel the Road From Healing to Influencer 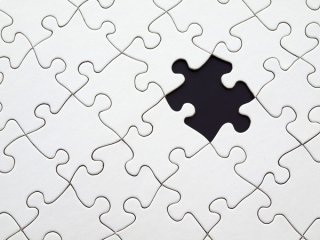 I squirmed in my seat, and whispered to myself, “This prophetess has missed it. She doesn’t even know me! I am the Christian in my family; the Lord needs to be going after His prodigal son. His prodigal son’s wife is doing JUST FINE!”

Before going further, let me backtrack to my post Monday, The Influencer Trophy Reward  in which I related how the Lord was admonishing Jeremiah as he complained about being mistreated by sinful people around him. “Stop this foolishness and talk some sense! Only if you return to trusting me will I let you continue as my spokesman. You are to influence them, not let them influence you! (Jeremiah 15:19)

Judging from the comments, several of you personally picked up on the admonishment. Becky said: “It’s funny how I've spent so much time praying for my husband when all along, there is much work to be done in me. Could it be that that for many, the only Jesus others may know is through us? A sobering thought.”

This made me recall the prophetic word I had received years ago, and that's what I want to expand on today.

As time went on, I started having some valley experiences. The pressure from these experiences brought out some junk inside of me I had no idea was there. I then had to admit–God's prodigal son's wife was the one who needed a make-over in order to have a closer relationship with the Lord. So, I said, “Bring it on! Let’s get this healing process over with."

As my journey toward healing began, my first realization was, “this ain’t gonna happen overnight; it's going to be a process.” As my ten-year-old grandson, Zach, said to his mom when she told him she believed the Lord was trying to tell her something: “You better buckle up buttercup!”

Today, I want to share pieces of a puzzle God began putting together in my life to bring about spiritual and emotional healing from past hurts, attitudes, and behavior.  Though the pieces are briefly stated, each one traveled down a long muddy road involving much prayer, study, and tears.

1. Unresolved Issues From Childhood: MY unresolved issues became OUR issues when we married. I learned that I had to leave my birth home emotionally before I could cleave to my husband.  (Genesis 2:24)

2. My Temperament; His Temperament: Along with all the pity parties I had because my husband wasn't saved, I also had to deal with his full-blown choleric personality: opinionated, stubborn, strong-will, perfectionist. I am Miss Pleasing Phlegmatic: easy-going, don’t rock the boat, peace at all extremes. My thinking was if only this man would get saved, that would solve our problems. It was here I discovered that not every problem in my marriage was a result of being unequally yoked. Since both of us were "fearfully and wonderfully made," temperament issues had to be resolved. Guess who the Lord started with first? (Psalm 139:14)

3. Seek to Understand, Not To Be Understood: I could hear the Lord admonishing me, “You spend so much time judging him that you have no idea he might be hurting also. Have compassion; seek to find out about his childhood and life experiences.” (Matthew 7:1)

4. Seek Ye First the Kingdom of God:  I was a church pew warmer until God began leading me down a new path to follow His will. That direction did not sit well at home. It brought me to the place of having to decide who was first in my life, my husband or my God. As a life-long people pleaser, I had to go through a spiritual rehabilitation. (Matthew 6:33)

5. Study to Show Yourself Approved: Being rehabilitated from being a people pleaser brought about unexpected behavior in my already full-blown choleric husband. Since my puppet strings could no longer be pulled, the Lord had to teach me how to respond to persecution attacks against my faith, and still be pleasing to Him. (2 Timothy 2:15)

As you probably noticed, there was no mention of physical abuse, addictions, or adultery within my family. But, issues are issues and pain is pain! That is why the Lord wants to heal the broken-hearted in order for influence to flow out of us freely toward others. (Luke 4:18)

Yep, as my grandson Zach advised, this buttercup had to buckle up for the ride toward healing. However, I believe there will always be one healing piece missing in the puzzle until we step into Heaven’s Gates. If it were complete, we wouldn’t need our Savior.

What about you? As a testimony to our Lord, share in the comments a little about your journey, and what you have learned.