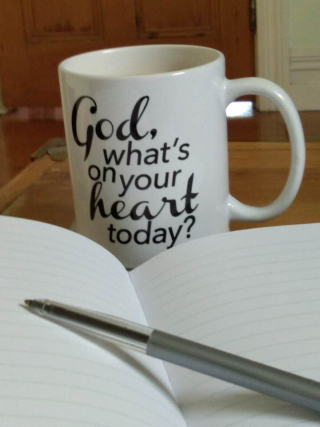 It’s my turn to write this week and I thought I’d take the opportunity to tell you a crazy story. I hope it makes you smile.

Back in April, after our ‘Hear the Roar’ conference, I landed home with a spinning head. So much had happened, and I had a sense that it was truly a new season in this ministry. I was also unwell during that time, so once home I spent hours in bed. Those sick days turned into quality time with God, and I lay with three great things: prayer, pen, and notepad.

On one such day I lay pondering and scribbling when suddenly God interrupted me with the most random phrase. Call me nuts, but this is what I heard:

He was called Snake but his legacy is different.

I’m smiling (Crazy or God?!) It was so random I thought I’d better write the phrase down. In fact, I wrote the phrase slap-bang in the middle of the page, surrounded by other thoughts about the new season and how we are hope carriers.

Looking at that page now I can see I was, indeed, extremely excited. I don’t normally sit there writing random words onto a blank sheet of paper in such an enthused manner. BUT, I’d just had a free trip to California and ended up hearing Lynn’s testimony. It was a full-on time. The page had words of hope scribbled all over it and, right in the middle, that strange sentence about a changed legacy.

Back to my story. Shortly after writing that phrase down, I turned the page and promptly forgot about it. Forgot, that was, until two days later when a delightful ‘coincidence’ occurred.

I was on Facebook, accepting a friend request from a fellow believer. I closed Facebook straight after that, but then opened it later. When I opened it, there was an article she had shared, staring me in the face. I did a double take. The words in front of me said this:

“They used to call him Snake – Not any more!”

My mouth dropped open, eyebrows shot up. I shook my head, blinked, and then thought I’d better read. I carried on to see this:

“Snake Colson: Proof God can do anything. How God transformed a mean, no-good drunk into a mighty man of God.”

“Snake Colson” was, in fact, Donnie Colson, a pastor from Community Chapel Church, Illinois. “Snake” was his nickname from his years of adulthood as a troubled drunk. He was bad news, and known for it. But then he encountered Jesus, and became good news. Now he is widely loved as a mighty man of prayer.

What a great reminder that no situation is beyond change. But, dusting off my piece of paper, I wonder if there is more to learn from this? The phrase I heard from God specifically pointed me to the issue of legacy. In writing today’s post, then, it occurred to me to go back to the Facebook article and see what people had to say about Donnie Colson. Their comments reveal a man’s beautiful legacy, and one that’s celebrated. Here are a few comments, copied:

“I absolutely love him!!! He baptised me.”

“He used to drink with my dad many, many years ago and led my dad to the Lord. I just love him.”

“He is simply and quietly there for so many. His prayers are often answered.”

“He’s a fine person. He does a lot. Hospital. Daily or Weekly. He’s always there. God made him special.”

“I’ve known this man all my life. I’m proud to be able to call him my Brother in Christ, and proud to say he is my cousin!”

“Love this pastor so much. Once had a pastor tell me no matter what time I get to the hospital to pray for the sick Donnie has already been there.”

All I can say is, Praise God! And, there are even more legacy comments on that Facebook link. When God comes into someone's life it's a new day and their whole legacy is made new. Reading his story thoroughly inspired me -- Inspired me to run this race ever better.

How about you? How does this story speak to you?