Home Who We Are Salvation Stories Significant Resources Meet The Team The SUM Shop Lynn Donovan Ministries New Here? Video Teaching
The Influence of a Christian Wife - This is good!
Marriage Prayers of Influence

What is Your Life's Impact? 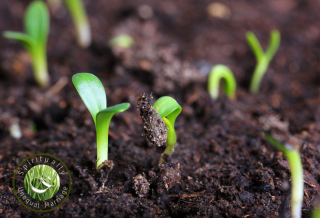 “Come to my prayer group!” a lady sidled up to me one day at church, eyeing me closely. It was early in my faith and I had questions. I’d been attending for weeks but still couldn’t help wondering if Christians were nuts to believe. Hers was an invite I decided to accept: She was a lawyer, had a gentle manner, and I figured if anyone was likely to NOT be nuts, it would be her.

So, I duly turned up one evening at a suburban house and rang the doorbell. She and a friend welcomed me in. The friend was a doctor. “Fantastic, another sensible one!” I thought.

I know now that it matters not whether we’re butcher, baker, or candlestick maker, but at that point it helped that these ‘sensible’ women were Christian.

Sensible? Well … um … I got the shock of my life that evening. Unbeknownst to me, these women’s careers were only a disguise: Their real identities were Daughters of God and they knew it. They were a pair of gems. They were also something else: SUMites. Both were pioneering faith in their marriages.

That night, I got to see two warriors up close. They didn’t do anything toooo crazy, but there was a range of high-action stories that involved the Kingdom of Heaven being ‘at hand’. I was barely ready to hear it, it challenged me. But, they surrounded me and prayed their hearts out for me.

Later, I had a spinning mind as I lay in bed thinking about these two. I was contemplating how radical they seemed when I felt God whisper a word:

“Their lives warm the soil.”

“Warm the soil?” I wondered. "Yes", He seemed to say. “They warm the soil of the hearts around them”.

What a thought. It led me straight to the parable of the sower:

“A farmer went out to sow seeds for a harvest. As he scattered his seed, some of it fell on the hard pathway and was quickly trampled down and unable to grow and became nothing but bird seed. Some fell on the gravel, and though it sprouted it couldn’t take root; it withered for lack of moisture. Other seed fell where there was nothing but weeds. It too was unable to grow to full maturity, for it was choked out by the weeds. Yet some of the seed fell into good, fertile soil, and it grew and flourished until it produced more than a hundredfold harvest, a bumper crop.” Luke 8:4-8 (TPT)

That parable tells us that hearts (the soil) often don’t receive the gospel (the seed), or they might abort it after some time. Other hearts receive the gospel and grow good things. But what’s the significance of warmth? Well, I looked it up: When soil is warm, plants grow quicker and receive more water and nutrients. Yes, a human heart has to be ready, but if it’s warm it’s going to be even better -- accelerated.

Like these two ladies, could it be that our own lives warm our spouse’s heart for its best possible bumper crop? I’m picturing it: I’ve made choices to love but also to persevere with faith; I’ve fought to attend church but I’ve listened to his feelings. When viewed in its entirety, will it warm his heart? ‘Warm’ might not mean my husband feels happy and comfy; rather, it might mean that his heart is being made as ready to carry the gospel as it can possibly be.

Last weekend I gave my testimony at an event. My husband wasn’t thrilled about me leaving him that Saturday, and I felt wobbly. At the same time, I did it because sometimes you have to share. It was yet another tough choice. Uggh.

At the end, a lady came to me. Emotional, she spoke of a couple she knew. It took years for the husband to accept Christ but when he did he told his wife "It was because of the way you lived your life."

There are many testimonies of people whose lives have warmed the soil of their spouse, just like the two sensible-yet-radical women I met years ago, as well as the one I heard of last Saturday. Today, then, I speak this promise here, because I do believe it: SUM family, OUR lives warm the soil.

Can you see it in your own life, or can you see that it will happen in due course? Feel free to share your thoughts in the comments.