Jesus Invites us to Live a New Way 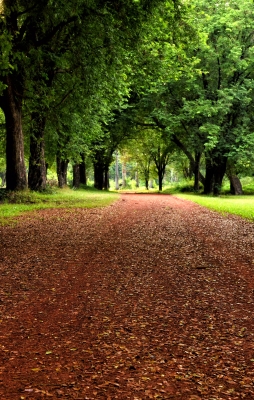 Image courtesy of anankkml via FreeDigitalPhotos.net

For a few months now I’ve been reflecting on the first words Jesus spoke to the Galileans on His return from the 40 days in the wilderness. This is what He said:

Like me you’ve probably read that verse many times and then moved on. But I’ve lingered over it for a while now and every few days it pops back into the forefront of my mind.

Besides it’s simplicity of four straightforward statements, it’s interesting when you think of the words as an invitation. In fact, it’s something I discovered a little while ago that rather than looking at Jesus’ commands as that, commands, read them like an invitation.

Because I think that’s what He’s doing – inviting us to experience something new. To experience the life He designed for us.

The Time has Come

The Israelites had been waiting, what 400 years, for the prophecy of the Messiah to be fulfilled. Well, Jesus is here announcing that He is in fact the fulfillment.

The Kingdom of God has Come Near

The Kingdom has arrived. Because He’s arrived. A Kingdom can only be such when there’s a King. And He’s the King. The King is Here and that automatically means His Kingdom is too.

Our understanding of this word is significant. For much of my Christian life I’ve connected repentance with the act of confession and receiving forgiveness.  But it means far more than that. The MSG version of the same verse gives us a clue. It says simply, “Change your life”. Repentance involves turning one’s life around, so in the context of sin, completely removing it from one’s life in a lot of cases involves us doing things differently in order to resist the temptation. The story of The Prodigal Son is a wonderful example of repentance. The younger son, on coming to his senses, turns his life around by leaving it and returning home to his father being fully prepared to become one of his father’s servants. As we all know, the Father in his mercy restored him fully.

Simply believe it. Choose to believe that Jesus is who He says He is.

Immediately after Jesus makes this invitation, He’s strolling along the beach on the Sea of Galilee and notices two brothers, Simon and Andrew, fishing. He greets them by inviting them to “Come follow me”. A little further along two more brothers are also fishing. He invites James and John to do the same, “Come follow me.”

All four responded positively to the invitation, dropped their nets and turned their lives upside down by choosing to follow the King.

What’s the Invitation to?

He doesn’t invite the four to a party. Well, not yet. He invites them to live a different life. The life He designed for them when He created them. A life that is only accessible by believing the Good News, that is, believing He is the Messiah, the King and the one who will restore their relationship with God.

The early disciples weren’t called Christians, rather the followers of the Way. And that’s what Christianity is – a way. It’s both a journey and a path in which we follow. It’s always in motion; we’re always on the path. And the best thing is we don’t walk that path alone, we walk it with Jesus. That’s why the Way can only be found by first finding Jesus. By letting go of our own lives and letting Him take over. We’re called, no invited, to follow the Way of the one who is “the Way, the Truth and the Life.”

Sometimes we think we can have His Way and our way or that His Way will give us everything we want. But that’s the thing about stepping onto his path, we don’t know what is ahead, and that’s why we gotta keep our eyes on our leader, our shepherd, who allows us to know and hear His voice, and to trust His Way is best and obey accordingly.

It’s exciting knowing that Jesus invites us with the same words of Mark 1:15 everyday. We get to choose to follow Him or go our own way.

If you’ve struggled recently in your walk with Jesus, know with every fibre of your being, that He is with you speaking those words of invitation to you. Say yes, today and accept His hand even if tentatively. And again tomorrow. Because His Way is the best way because it’s the way and the life that He wants and has always wanted you to have.

Would you mind if I finish with a prayer for us all?

Heavenly Father, thank you that you love us so much that you gave Jesus to us. To be born, to live in obscurity for most of his earthly years, to then step out into His role as King, only to then suffer and die at the Cross three years later. Thank you that death didn’t beat Him, in fact, Jesus defeated death by being resurrected from the dead.

Thank you, Jesus, that you established the Way; the Way to intimacy with the Father. Thank you that you left us the Holy Spirit as a guide to the Way.

Holy Spirit, we ask that we would respond positively to your daily prompts to say “YES” to you, to you leading us on the Way. Forgive us that we can be so fickle and forget or be distracted by our lives. Draw us back, dearest Holy Spirit, as we know that the Way of Jesus is the only way for us.