Home Who We Are Salvation Stories Significant Resources Meet The Team The SUM Shop Lynn Donovan Ministries New Here? Video Teaching
The War Is Over - Chronicles of the Donovan Clan
Good Friday 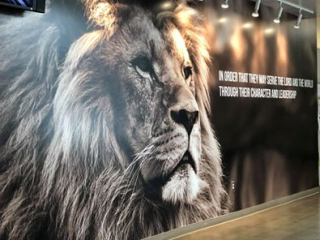 Lynn’s news last week was so amazing and today I just feel like speaking from the heart and sharing a little more about last week’s summit.

Our summit intersected with a long-awaited baptism. What an almighty ROAR this was, one that we will now carry into our future.

Our summit was called ‘Hear the Roar’, and our logo for the event was a lion. Well, the 'God winks' began when we arrived at Lynfield School and saw that its logo was a lion. We had fun taking photos of the lions adorning the school’s walls (here are a couple) and I still just keep coming across that word 'ROAR'.

Shortly before the event I developed a strong sense that this event was about the ‘whole’ of the SUM community. Alongside this, something crazy happened: 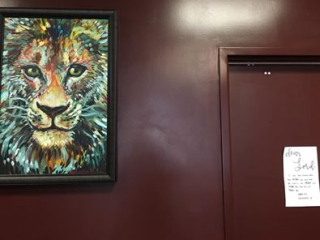 Before I arrived at Lynn’s house, God gave me a picture of a swathe of bright red, fluffy fabric. I didn’t know what that was about but it became clear: SUMite Libby had recorded a video for us, which we watched together in Lynn’s home. Having carried this event in her heart, Libby spoke about the SUM whole. When I saw her video, my jaw dropped: She was wearing the bright red fluffiness I’d seen a couple of days earlier!  Believing, then, that her video contained significant words, I'll be revisiting it (here) She also posted about the summit before it happened back in 2018 (here). I think her words speak of the season we are now in.

Lynn’s Mike was at home for the event, and chatted to several of us. On the Friday Lynn needed help with the technology so he was the one who put Libby’s video on. As he did so I thought, “We are actually in ministry with our spouses, we just struggle to see it. Their doubt has been important for the whole.”

At the event, I sat down in the front row and my eyes rested on a classroom whiteboard just in front of me. There, written on it, was a scripture that I had recently emailed to Martha. “Martha,” I thought. “You’re part of the whole.”

I then met two SUMites who told me extraordinary stories. One had received a promise that her husband would turn to God; it's now happened. The second had got divorced and then received a promise that her marriage would be restored. She held to it; it happened. In both cases it became clear they were to be at the summit: one had a vision about the summit a year earlier, the other received a free flight to the event. I’m sure their stories were meant to be brought to that day; I won't be forgetting them in a hurry.

Could it possibly get any better?! 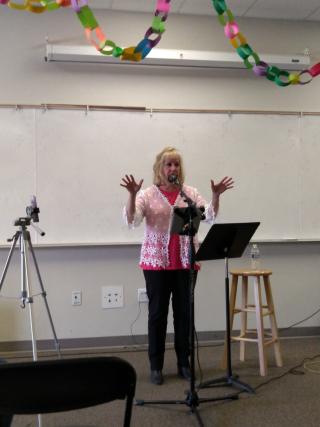 In the day's final session I had thought Lynn was going to speak on 2020 but that was not exactly what she had for us. I couldn’t believe my ears when, in the last fifteen minutes, she started to tell us a baptism
had been booked. Having been through so much, my initial reaction was “Oh it won't happen!”  But NO!  NO. God promised, it happened. And so, in this amazing, life-filled moment, the Father's Name was glorified.

“Father, glorify your Name.” Then a voice came from heaven, saying, I have both glorified it and will glorify it again.” John 12:28 (NKJV).

In the passage, when that voice came from heaven during Holy Week, some heard it as a thundering roar. I'd say that's what we've heard this week.

Once home, over a cuppa I told my husband about the event. There was a peace in that conversation. We laughed at the fact that the whole point of the event was that spouses 'don't believe' and then one goes and gets baptized. It was the most light-hearted we've been about it.

SUMites, do you catch the sound of the roar? What else are you sensing or seeing happening?  There's more I could tell about shifts in my own home, and perhaps I’ll do so in my next post.

Here’s what I hear from God now, in relation to this ROAR:

There are many birth days ahead!

I believe we have days ahead where promises will be birthed in great numbers. I seem to hear that it will be ‘amazing’, and ‘many’. Lynn's testimony fires up my hope and so I'm buckling up for the ride!