Home Who We Are Salvation Stories Significant Resources Meet The Team The SUM Shop Lynn Donovan Ministries New Here? Video Teaching
The Summit
The War Is Over - Chronicles of the Donovan Clan

A Journey into the Wild West of Prayer and Obedience 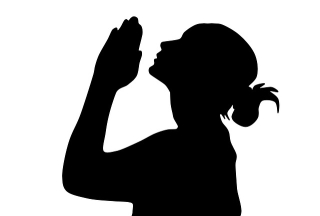 God spoke to Abraham and said:   “Leave your country, your family, and your father’s home for a land that I will show you.  I will make you a great nation and bless you.  I’ll make you famous; you’ll be a blessing.  I’ll bless those who bless you; those who curse you I’ll curse. All the families of the earth will be blessed through you.” (Genesis 12:1-3 MESG)

In that day, going into Canaan, the place God was leading Abraham, was like going into Indian territory in the Old Wild West. There was no law; it was the survival of the fittest. It was not a land filled with good crops, a lot of it was barren wilderness. Nevertheless, God told Abraham “if you go that way, I will bless you and make you a blessing.”

Abraham decided to go the path God directed him and, indeed, he walked right into trials and difficulty. One of Abraham’s biggest challenges was “DELAY.” The promised son that he and Sarah had been promised didn’t appear to be coming. So, they decided to use Hagar, Sarah’s servant, to give them a son. Actually, what they were doing was trying to make it easier on themselves.

The bottom line was: they failed to trust "God's Perfect Time" for their son, Isaac, to be born, which was when Abraham was 100 years old. God’s promises are always fulfilled.

A former pastor of mine, the late David Berkheimer, made the following statement in one of his sermons: “I believe with all my heart that the greatest trials of life are the obedient things God calls us to do.” He pointed out that it is difficult to show that the trials we sometimes face are often in the path God is leading us.

I personally have to agree with Pastor Berkheimer’s statement. One of the most difficult trials of my life came as a result of walking down the path God was leading me. It definitely took me into barren land - a place I had never been before. There were days that I felt as though He was leading me among giants, before walled cities, as well as a Red Sea in front of me with no way of crossing it. And yes, there were times I felt as though I was being attacked by the native Indians, gunslingers, gamblers, outlaws, gangs, and gunfighters – just like the days recorded in the history of the Wild West.

It would have been nice had God laid out every little detail for this journey from the start, but then that would not have been a walk of faith, would it? Though difficult, I would do it all over again, even with delays, and the trauma of the Wild West adventure into the unknown. It was there I met God and learned to trust Him in a way I never had before.

Perhaps our own fiery Sumite leader, Lynn Donovan, might have felt she was walking among giants and before walled cities on her walk and pray mornings through the vineyards of Temecula, California these past 27 years while waiting for God to fulfill His promise to her.  She might have even felt as though she was being attacked by the native Indians, gunslingers, gamblers, outlaws, gangs, and gunfighters – just like the days recorded in the history of the Wild West.

But, she pressed on toward that promise, with God sending her mylar balloon along the way, as if to renew His covenant with her. And at "God's Perfect Time" the salvation and baptism of her beloved husband took place. When else but a few days before the Hear the Roar Summit to be announced worldwide.  You got to hand it to God---when He shows off, He shows off big time.

On a side note, I just have to believe we will begin to see a trickle down effect of salvation testimonies that has begun at the top with our fiery leader, Lynn.

To God be the Glory for what He has done. He is, indeed, among us.

Can I get an Amen on that??