The Perfect Son Who Stayed on the Farm 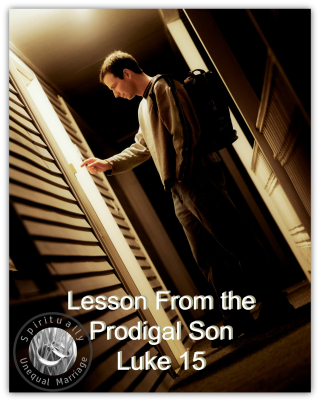 The Perfect Son Who Stayed on the Farm

25 “Meanwhile, the older son was in the fields working. When he returned home, he heard music and dancing in the house, 26 and he asked one of the servants what was going on. 27 ‘Your brother is back,’ he was told, ‘and your father has killed the fattened calf. We are celebrating because of his safe return.’

28 “The older brother was angry and wouldn’t go in. His father came out and begged him, 29 but he replied, ‘All these years I’ve slaved for you and never once refused to do a single thing you told me to. And in all that time you never gave me even one young goat for a feast with my friends. 30 Yet when this son of yours comes back after squandering your money on prostitutes, you celebrate by killing the fattened calf!’

I wonder if you feel offense for the older brother?

After all, this man dutifully stayed at home, working hard, toiling in the land and never disobeyed his father. Honestly, if you’ve been a prodigal, you wished you had never run away, and you feel guilty that you come home and are welcomed back. You compare yourself to your brothers and sisters and feel shame. You also feel admiration that they were faithful.

What is interesting is that what the older brother doesn’t realize is that God did a few things for him that he is unable to see clearly.

Next post, my favorite. Lessons about the Father….. I can’t wait. I adore you, Lynn