Home Who We Are Salvation Stories Significant Resources Meet The Team The SUM Shop Lynn Donovan Ministries New Here? Video Teaching
Living With The Enemy
I Have Guilt Over My Mismatched Marriage 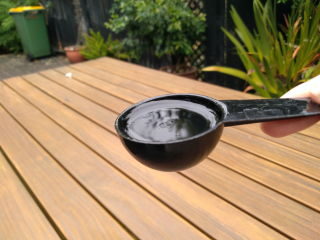 Some SUM moments are so tough they’re funny when you look back, and I couldn’t resist sharing one with you. It was the time a well-meant speaker at church said these words from the pulpit:

“Every year my wife and I sit down and decide how much to give to church.”

I'm afraid that did it for me. I crumpled into a self-pitying heap in the back of church. See, I’d been attending for months, and gave nothing. Not a dollar. I hadn’t felt able to ask it of my husband.

It was painful, I guess, because my heart badly wanted to give. I knew the pastor needed to at least eat. I knew God wants us to financially support the one who sacrifices their life for that work, so that they can survive (Gal 6:6).

Eventually, I asked, saying to my husband, “Look, I at least need to cover the cost of the teabags I’m consuming.” Point taken. “How much are you thinking?” he said. I put forward an amount the size of the widow’s coin (Mark 12:42). “That’s substantial,” he said. Any money going to a church was a sacrifice on his part.

Both of us made a sacrifice that day out of love. We agreed on that small amount.

This was step one in my giving. But months passed and a new conviction came. I wanted to support some of the other ministries that have helped me: They too need money to function. But how could I?

I went for months feeling convicted and frustrated until, one day, I seemed to hear God whisper: “How about you give me $5, Ann?” I had a sense this had something to do with coffee.

It took a while to get it, but eventually an a-ha moment came. It seemed God was saying this:

“Why don’t you go without a latte and give that amount to a ministry?”

What a great idea! My daily latte was a highlight. I could still get a coffee in the kitchen at work; but the bought latte was the ‘fat’, like Abel’s best sheep in Genesis 4:4. "Ok, God," I said. “It’s a deal!”

Once again I approached my husband. “Um, you know I like lattes. I’d like to do without those and donate the $5 to some ministries that have helped me.” Graciously, he agreed. So it began. He would see the occasional bank item for “xyz ministries,” sometimes he’d ask me, and I’d say “coffee money.”

It was always nerve-wracking, but one night I couldn’t believe it when he thanked me. Thanked me!?  He said, “I really appreciate how you’ve thought about my feelings. Thank you.” My heart soared. I felt like God had given me a strategy to give my best: not just to Him, but also to my husband. As we often say here, honoring our spouse is honoring God.

That was a while ago now, and I’ve moved past the coffee method to other ways of giving. But lately I’ve felt God show me something about that situation that brought new perspective. It came in the form of a vision. In this vision, all I saw was a little coffee scoop and that scoop was filled with oil, pouring over.

I wonder if you’ll see the meaning of this picture quicker than I did, but I didn’t get it (that’s always a sign to me that I couldn’t have made it up!) It took me a few days, and then I went “Ohhhh, Wow!” It’s a visual of this:

“Give, and it will be given to you: good measure, pressed down, shaken together, and running over will be put into your bosom. For with the same measure that you use, it will be measured back to you.” Luke 6:38 (NKJV).

I struggle to convey everything this means to me, but oil, in scripture, symbolizes the Holy Spirit, His anointing, His light, His glory, His crowning. SUMites, for some of us our giving feels as small as the widow’s penny in Mark 12:42. Yet, God knows exactly what it cost us. His eyes fall on us in return. Pressed down. Overflowing. A latte looks small but, to me, it wasn't; And I now know what follows.

I’d love to hear your adventures with giving. What kinds of things have you learned, or how are you finding it?