Home Who We Are Salvation Stories Significant Resources Meet The Team The SUM Shop Lynn Donovan Ministries New Here? Video Teaching
The Difference Between Zechariah and Mary
Because of the Manger... Birth of the King!

Who Wrote the Gospels?

This morning, I want to share a special story that happened to me last Christmas. It was an event that wowed me and as we're deep in the gospels it seems timely to share. 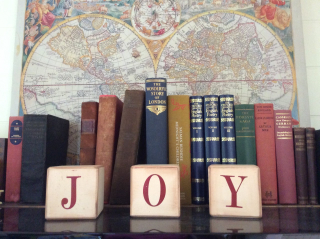 The story began when I sat sipping coffee with a favorite colleague. He’s twenty years older than me, a lovely man with a sharp mind. He also happens to have different views to me about Jesus. We agree to disagree, and we stay polite. Yet, this particular morning he couldn’t resist throwing an argument my way:

I did not hold the same view, but to my surprise, out of my mouth came this: “I know.”

Why on earth did I say that? As I left him to go back to work, it bothered me. Grrr. I could have engaged in a debate, but I didn’t. Perhaps I was just too fatigued by the constant pressure to not believe, pressure that was coming from so many close to me.

I continued to be bothered by my response until Christmas, when God turned that moment on its head and reminded me how genius He is compared to men. Here’s what happened:

I was lying in bed, found myself thinking about the 'gospel comment' once again, and said to God: “What would You have said to him? Can you tell me?” Then I drifted off to sleep…

The next morning, as I woke to birds singing, an inaudible voice hit me, clear as day, with these words:

"Which author wrote the Augustus books?"

“Augustus?  Augustus?” I went, rubbing my sleepy eyes. “Who’s that?” I’m chuckling as I write this, I’m probably one of the few who didn’t know. As a teenager I messed around during history lessons, missed a lot, and Roman history was never my thing. This meant I had to look Augustus up. Here’s how my Wikipedia search went:

Who was Augustus?  Augustus was Emperor of the Roman Empire during the time of Christ.

Did Augustus write any books?  Yes. He wrote a series of books about himself, a multi-volume set of memoirs.

How can I get hold of these books? The books are lost (sorry, did Wikipedia say lost?? How on earth?!) Only fragments remain. According to one website, they might have been one of the most revealing texts of Roman history, had they survived. But they didn’t.

Ok, here I paused my search: The leader of the Roman Empire, Caesar Augustus, wrote a set of memoirs, which would have been historical gold, and yet they were lost. In contrast, four biographical accounts of a homeless carpenter survived intact from the same period with this much manuscript attestation?

Who wrote the books of Augustus?  Augustus did. And they got lost.

Who wrote the four gospels?  God did.  And for that reason:

“Their sound has gone out to all the earth, and their words to the ends of the world.” (Romans 10:18, NKJV)

Indeed, the revelation of Jesus Christ, the Bible, is the world’s best-selling book, having spread just as Jesus prophesied when He said that the woman who broke her flask of oil over him would be celebrated throughout the world:

“Assuredly, I say to you, wherever this gospel is preached in the whole world, what this woman has done will also be told as a memorial to her.” (Mark 14:9, NKVJ)

The four gospels are a beautiful gift to us; they are like four puzzle pieces that, when put together, bring to life the most beautiful tidings of great joy which will be to all people (Luke 2:10). Their genius is only magnified by their differences that so cleverly fit together; and I can never get enough of them.

So like the woman with the alabastar jar, I hope I never stop wasting my life on Jesus and digesting the beauty of his birth, life, ministry, death, resurrection, and ascension.

No, Matthew, Mark Luke and John didn’t write the gospels. God did.  And that's why those words came out of my mouth so readily: "I know".

SUMites, do you have any further thoughts about these amazing gospels? Let's keep sharing our insights as we wander through the gospel together this Christmas season.

I wish you all a wonderful Christmas!

Tags: Who wrote the gospels?