MORE THAN I COULD HAVE ASKED OR IMAGINED! 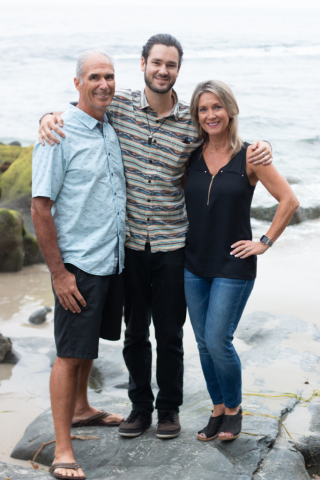 Shelley Cruze with Husband and Son

I was raised in a wonderful Christian home but walked away from God as a teenager because I thought that I was missing out on all the fun in life. I married, started my career, bought a home with my husband and had two babies. After 12 years of living for myself, I finally realized that the “fun” and all the other things I used to fill the void were leaving me feeling empty. I knew what I was missing was a relationship with Jesus and in 1996, I rededicated my life to Him. I wanted my children to know Jesus and began to teach them and brought them to church with me. I longed for my husband to know Christ, so I began praying for him.

Soon after, he began coming to church with me, but it became quickly became apparent that he was only coming to make me happy and to present a unified front to our kids. It was clear that his heart was closed, and it was difficult to have hope. Thankfully, my family and the women in my small group prayed for his salvation too and encouraged me not to give up! So, I continued to pray.

Over the years, I saw seeds being planted in his life with different situations he was in and people that were put into his life; I knew God was at work. However, after many, many years of praying with no change, I would get so discouraged and I’d wonder if this prayer would ever be answered.

And yet, things got even tougher. By the time our son hit the 9th grade, he became very rebellious. At age 17, the problems had come to a climax.  He was out of control and involved all kinds of risky behavior. Our lives were in total chaos due to the constant issues that would consume us, and I felt desperate for God’s wisdom on what to do.

Unfortunately, it is often hardship that motivates us to want to pray continually. I also was feeling frustrated and disappointed in myself in my spiritual journey. Although I was going to church regularly, involved in Bible study and ministry, I often was inwardly consumed with worry and fear about my son, and sadness and discouragement about my husband. So, I used exercise, entertainment and busyness as distractions.

God began to show me that although I was doing many of the right things as a Christian, I wasn’t doing what was most important, which was spending time every single day in prayer and reading my Bible. My spiritual “roots” were not that deep. I had allowed other things to become first place in my life.

So, I began to make prayer and Bible reading a habit, the first thing I did each morning. I journaled, even the small answers to prayer I was seeing in my life. This began to encourage me as I saw God WAS answering my prayers by giving me peace, wisdom and direction. As I began to make time for God and talk to Him regularly, I found something: my attitude about Bible reading and prayer changed. My desire for that time with the Lord became something I wanted to do instead of something I should do.

Unfortunately, things continued to spiral out of control with our son.  After trying everything we could think of, God helped lead my husband and I to the decision to send our son to a camp for struggling teens. Our hearts were completely broken. This was the most difficult decision we’ve ever had to make, and the next four months were very painful. During the time he was gone, I could see things were starting to change for my husband. His heart was softening to spiritual things. He now wanted to come to church with me regularly, he wanted to read the Purpose Driven Life book that had been sitting on our bookshelf for 10 years, and he was touched by the outpouring of prayer, love and support by the Christians that were in our life.

Four months later, our son came back from camp and although it was stressful and there were many adjustments, it was clear that he was on a better track. I was so thankful that God had given us direction to make this huge decision. This had truly been an answer to prayer. However, now that life was manageable, it seemed like nothing was happening anymore in my husband and I again felt discouraged.

Two months later, we were driving home from San Diego and my husband suddenly turned to me and said, “I’ve made a decision to believe”.  I was in total shock…. I asked him if he meant that he had accepted Christ into his heart, and he looked at me with tears in his eyes and said “Yes, I have.” Needless to say, I could barely speak for the next 10 minutes as tears poured down my face…. WHAT A MIRACLE, AFTER 18 YEARS OF PRAYING FOR HIM. It made me realize that God had been working all along, even though most of the time, I couldn’t see anything.

Our lives have not been the same since! God has truly transformed our marriage.  The spiritual and emotional intimacy that I had longed for all those years is finally here and God is the center of our marriage.

I am so thankful that our prayers have been answered with our son and he has changed the direction of his life. God has healed our relationship with him, he has a job and just graduated from university in May!

Over the last five years since he made the decision to believe, I have watched God change my husband from the inside out. Although he was a good man before, I’ve seen God transform his heart, his desires, his actions and his purpose for his life. We serve in ministry together teaching spiritual growth classes at our church. We lead a small group in our home, he is part of a men’s group, serves in several other ministries at church, and we plan to go on our first mission trip together next Spring. God has answered my prayers so far above and beyond what I could have imagined! God has also given me a new ministry supporting and encouraging other women who are also in spiritually mismatched marriages.  He truly uses our pain for a purpose!

Maybe you have been praying for your husband for a very long time. Maybe you are getting discouraged and wondering if God is listening, or if anything is happening. If you are praying, please don’t give up! God is at work when we pray even if we don’t see it, miracles do happen! 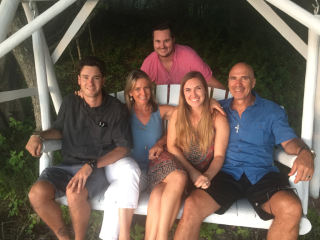