When the Crowd Roars

“Away with Him!” roar the crowd. I open my curtains and peek out. In the crowd I see people I know: Atheists, agnostics, those who’ve left their faith, and some of other faiths.

I stand and watch for a while. My eyes scan them, person by person. Some of these people are my friends. Finally, I go back to the calm of my living room and sit on the couch. I pour myself another tea, and say: “Jesus, help me again: Show me You're real?” 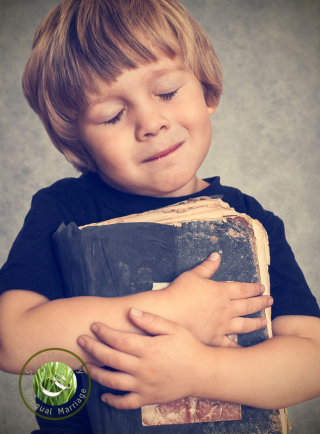 Sometimes, I word it differently: “God, can I check again that I'm on the right path?”

His response always comes in some way or other:

Once, I had a night I'll never forget: It was a few years ago, and I'd been reading a book about another faith. I didn't know what I believed. That night, God interrupted my sleep with crystal-clear words. His voice made me sit up: Cling tenaciously to the risen Jesus Christ, your Savior. “Ok,” I whispered back; and from then on I went with Jesus.

Like many SUMites, I’m surrounded by strong-minded people of differing beliefs. Even if they are placid, their disinterest can be strong. The whole thing requires discernment: I examine their reasons, but the most useful thing I do is go back to my couch, have another cuppa, and ask God.

There is a fabulous analogy to all this, in an unlikely character of the Bible: Pontius Pilate. He might be a surprising one to compare ourselves against, but he had a real encounter. It’s an encounter like ours, in that Jesus was right there, real as anything, and yet those who had not had the encounter were exerting incredible pressure on Pilate to reject Him. Like the SUMites, Pilate's spouse was not by his side. Her conclusions were reached in a different time and place. Standing alone, then, he had a big call to make: yes or no.

I love Pilate’s process. Over and over he asks “Are you the King of the Jews?” and each time Jesus urges him on non-forcefully: "Are you speaking for yourself about this?"

Later, Pilate brings up a valid point: “The crowd is accusing you of so many things” (Mark 15:4). It bothers him, so he goes back to the crowd: “Why are you accusing Him? What evil has He done? Help me understand!” (Matt 27:23). The crowd can only give an ill-informed answer.

In culmination, Pilate asks the most important question a person can ever ask: “What is truth?” (John 18:38)

This story holds a gem that has helped me discern the crowd in my own life. It’s this: The crowd never once bothers to ask Jesus what is true. Instead, they only accuse, reject, and make a lot of clamor. Clamor is boisterous and grabs our attention, but it can be folly:

The woman Folly is loud;
she is seductive and knows nothing.
She sits at the door of her house;
she takes a seat on the highest places of the town,
calling to those who pass by,
who are going straight on their way, (Proverbs 9:13-14, NKJV)

Like many SUMites, I sometimes face clamor in my social life. But now I ask: "Has this person asked God if He is real?" And "Have they asked God what is true?" Because if they haven’t, they've missed a crucial step. Believers have often had a different experience altogether. When the crowd roars, then, I will always go back inside and ask God. I guess I'm learning to speak for myself, regardless of the crowd's roar.

“Stand at the crossroads and look;
ask for the ancient paths,
ask where the good way is, and walk in it,
and you will find rest for your souls. But you said, 'we will not walk in it'." (Jeremiah 6:16, NIV)

Do you have a loud crowd in your life? If so, I'd love to hear how God has shown you He is real. Perhaps we can encourage each other with our stories.