Home Who We Are Salvation Stories Significant Resources Meet The Team The SUM Shop Lynn Donovan Ministries New Here? Video Teaching
Unbeliever, Kids and Halloween
MORE THAN I COULD HAVE ASKED OR IMAGINED!

God Can Change A Man's Heart! 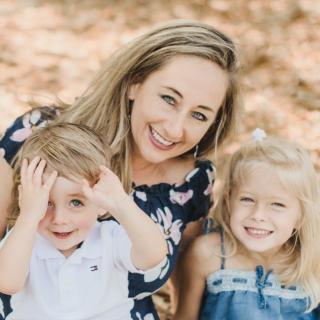 I have some wonderful news today.

When I met my husband in our early twenties, we were both believers but not even close to walking with Jesus. Fast forward to my early thirties, we were married, and I was pregnant with our first child. It was at that time when Jesus finally got hold of me.

I found a church to attend, started reading my Bible, I became involved in community with some wonderful ladies, and really began to grow. My husband would participate once in a while - when convenient for him, but I wasn't seeing much change in his life. In fact, debauchery and anger seemed to take over any joy that he had. It's been a long and difficult road.

In August, I went to bed on a Sunday night and fell asleep telling Jesus that I didn't think I could stay much longer. The constant tension and lack of peace in my home had become too much and I felt that my prayers weren't being answered. The next morning, I found out I was pregnant (total surprise) with our third child. I thought my husband would be upset about this wrench in our plans, but he was excited - which even surprised himself.

A few days went by and I started to see a lot of his anger and anxiety melt away. A few weeks later, our friends (who have a band) were releasing their first album and putting on a concert at a performing arts center. He suggested that we get tickets and make a date night of it! But on that day, he also attended a friend's birthday party at a brewery, so he showed up to the concert pretty drunk. I was a little concerned that somehow his anger would rear its ugly head that night but guess what! He praised, he worshiped, he sang, he wept, he had joyful fellowship with the wonderful Christian's in our lives. The dark and the light collided, and the light won that night.

As I drove him home that night, he fell asleep and that's when the strange behavior began. His limbs started randomly flying around. One time, he sat up and punched the windshield. After getting home and going to bed, his arms were still thrashing around - one time accidentally hitting me in the face. He would randomly start yelling profanities as if he were angry at someone. Then he started getting out of bed and stomping around our home, yelling and cursing. I have NEVER seen anything like this from him and he drinks OFTEN.

He woke up the next morning with unexplained burns on his arm. It did not occur to me until the next morning (as I was pretty freaked out when this was happening) that what I was seeing was demonic. I think the enemy showed up at the concert that night thinking he was winning, but instead he realized how much he is losing his hold on my husband. My husband has zero recollection of any of this.

Now here's the best part. Fast forward two weeks and our church's missionaries from Nigeria came to speak at our church. They told us that they have already planted 16 churches in their people's kingdom, but until they can be educated, they will never rise up out of oppression. The first step to educating their children, is to build a school in this specific town where they can get certified by the government so that the children can then move on to college (which is free) in order to become teachers and doctors and come back to their villages to educate more and the cycle continues so that they can rise above the oppression and poverty.

They need $10k for the land to build the school and $20k for the building We left church that day and in the car on the way home, my husband said he was going to give them the money they need for the land.

Here is this man who I have seen in bondage for so very long and prayed for with so many tears... He's breaking free, he's feeling the Spirit, he's giving to the Kingdom without restraint. I just can't even.

This God of ours is BIG and so much better than I could ever comprehend. My faith has turned a new corner and I cannot wait to see what the Lord Jesus does with my family. Thank you for reading if you are still here! And I sure hope that this is an encouragement to you! Please rejoice with me today :) Lynn and Dineen, I have and have read your books and they have been SUCH an encouragement to me. Thank you for this ministry!

My husband and I grew up about 20 minutes from each other in Alabama, but didn't meet until we both moved to Tampa, Florida after college. We have been married for almost 8 years and have a girl, a boy, and a surprise baby on the way! We are currently living in Apollo Beach, Florida where he built us a house.