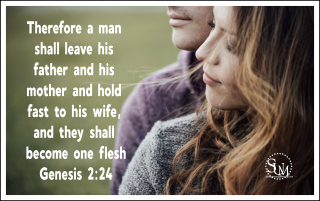 A couple of days ago an interesting article popped up in one of my online feeds.

“Couple Takes A Year Off From Marriage”

So, I popped over for a read. After 17 years of marriage, the article begins…. Basically, this woman is board. She asks her husband to agree to a year-long open marriage. He agrees and they establish a few hard and fast rules. M-F they live separate lives, her in an apartment. They reunite for the weekend. They practice safe sex and don’t date mutual friends and finally, no  serious relationships. BTW, they both broke all the rules.

A year later she returns home. Of course, the marriage is OVER. He dated a friend and was in a serious relationship. And his wife, well she was more confused about everything than before.

So, I decided to ask Mike’s opinion about all of this because his views often differ from my own.

Lynn: So, What do you think about this woman and her experiment?

Mike: She’s completely selfish. I wouldn’t give her the time of day.

(Wow, now remember this is a very liberal man who doesn’t live with a Christian world view.) Interesting!

Mike: I married for many reasons. Companionship, security and to raise children. I believe children raised with two committed parents is the best for them to thrive. You know I believe this so much that I have had conversations with family members about it.

Lynn: Ya, I do remember. Neat.

Mike: This woman will grow older and after her looks are gone she will be a bitter, lonely, cat woman. (Okay, I threw in the cat part, grin) She only wanted an open marriage for the financial security, not the love of the man. She wanted a “just-in-case” scenario if she failed, got sick, lost her job.

Lynn: I love you Mike Donovan

And on Friday, I will share what is going on in the spiritual realm in open marriages. I pray a lot of deliverance for believers who were swingers before Christ. Stay tuned. See you in the comments. Let’s ROCK this world with TRUTH.