Home Who We Are Salvation Stories Significant Resources Meet The Team The SUM Shop Lynn Donovan Ministries New Here? Video Teaching
This Is Just The Pits!
God Is Bigger Than Politics

The Pressure of This Sifting Brings a Shifting 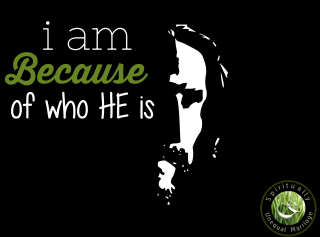 During my prayer time, I often hear the Lord speak. This is what I’m hearing in this season. Be Blessed, Lynn

Who among My people will incline an ear? Who is listening to the wisdom of the Spirit?

The pressure of this sifting, the building of the forces of strife, bear down. The character of My people, forged in the flames of contention and opposition as hell rages against them, roaring, reaching a crescendo.

Tears. The many, captured by angelic hosts. They are sealed, each one, in the store rooms of heaven. Labeled with tender care and meaning; loss, infirmity, poverty, addiction, death. Testimonies upon the shelves. Each an assignment of hell determined with an assail of weeping and destruction of My children.

The tears of the Bride sealed, recorded and waiting, each for the redemption and restoration that looms and quickly draws nigh. Each demand the recompense of the Ancient One.

This shall surely happen! The shout from heaven reverberates across the eons.

Perceive the fires which accomplish the burning away of the dross throughout the month of August. This month of refining, then turns the page to the season of surrender as September marches to its close. Many perceived losses and concluded assignments draw down to finality and closure.

Do you not perceive it, My child? Are you unaware that My hand is moving to release you into the new?

October bursts forth with decree, ALL THINGS NEW! The Kingdom of God releases the angelic multitude, wings of determined flight and missions, certain. Millions of heavenly scrolls arrive with new year assignments. The arrival is accompanied with provision for completion. Works of healing, salvation of the nations, teachings, preachings, creative blueprints of discovery. Each an intimate design to release My love, joy, peace in increasing measure.

My child, open your spirit. Take an account of the details in your current season that are drawing down to culmination. Much of what you grip in stronghold and fear of loss, is determined to hinder. Let go, for My purpose must be fulfilled in your life and the lives of others.

There is pain, sorrow, not by My hand, but by my enemy. Yet, through My compassion I will close the pain in September.

The trumpet blast of Rosh Hashana decrees the end! The birth of new life, new anointings, exceptional possibilities and increase into Yom Kippur and beyond. Remain steadfast. Your awareness now, is the key named, Overcomer. It unlocks the treasuries of heaven. Behold the tears of yesterday are redeemed in new adventure and assignments and the enemy will repay, times seven, all that was lost and taken.

Prayer, faith, and conviction are your courage to press through.

I delight to give you the Kingdom. Thouest art being prepared in this season for the weighty glory to rest upon you with increased measure.

Weeping may endure for a night, but joy cometh in the morning. —Psalm 30:5b