Home Who We Are Salvation Stories Community Miracles Meet The Team The SUM Shop Speaking New Here? Video Teaching
What Does Compassion Look Like?
Redeemed Clothed In White

Go to the Nations!

It was a Saturday night. The wine was flowing, and my husband and I were laughing with our friends. Then it happened: The host rolled his eyes, and said “Yeah, believing in God is like believing in Santa Claus.” 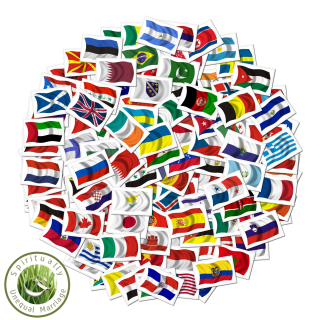 Oh dear. That was it for me. After five years of spiritual loneliness, I’d had all I could take. “Excuse me,” I said, and left the table. When I returned, I did not exactly bring a cheerful mood with me.

It was not my finest moment, and by the time I got home I was regretting it. “Why couldn’t I just have been gracious?” I thought. The truth was, my heart had just got too sore.

I talked to my husband about it later and he didn’t think it disastrous, but he did say one thing that stuck: “Ann, I know this is hard but please don’t ask me to change my social life because of your faith.” I hugged him and promised I wouldn’t.

I know many SUMites are in the same boat: We’re as far from a Christian bubble as a couple can be. Tricky as it is, though, I’ve come to see it’s right where I’m meant to be. This beautiful statement has helped:

The glorious Gospel of the blessed God has been committed to my trust.

This makes me take a long pause. And commit to keep going.

As I began thinking about the entrusted Gospel, and the phrase “Go and make disciples of all nations” (Matt 28:19), it occurred to me that to be effective in a nation, it's helpful to intimately know the mindsets. And with my own ‘nation’ (atheist friends and neighbors), I can say this is how we’re rolling. I’m right there, intimately involved in their stories. I love the same things they love, I love them, and I understand the reasons for their disbelief.

As a mission field, though, I will say it feels impossible -- Partly because of the culture, but mostly because it seems that hearts aren’t up for God. Where there is no will, there is no Way.

Finding this impossibility tough, I decided to look at some great missionaries. “How do they do it?”, I wondered. I’d say the answer is that the Holy Spirit’s power pours down onto years and years of people's prayers. But there’s also a process and, to help me see that, God led me to one particular book: Millie Dawson’s ‘All the Day Long’. It was so good I want to tell you about it.

In 1953, Millie and her husband Joe moved from their comfortable, all-American life to the depths of the Amazon rainforest. They moved in with the Yanomami people, had their children there, and never left. It was primitive, dangerous and, best of all, impossible.

The book reveals how, over fifty years (fifty!!) the impossible became possible. Today there is a thriving Yanomami church right there in the Amazon, and for the Dawsons, it’s home. In amongst those fifty years, however, were many, many years where nothing was happening and no one wanted to know about Jesus. Hearts weren't ready.

What they did want was friendship, and the Dawson kids mixed and mingled in places where witch doctors were cooking up their stuff. Scary? Nope. The influence went one way only: The occasional witch doctor turned Christian. As I read the book, it seemed to me the kids were all part of winning the nation.

The other thing I realized was that culture is not the obstacle -- Hearts are. While I have fretted over the cultural strongholds in my neighbors' lives, I realize that culture is no match for Jesus. The real issue is whether people’s hearts are willing to accept Him and change their life trajectory.

The Yanomami nation was seemingly ‘impossible’ but for God, of course, nothing is impossible. Having seen and read about many impossibilities now, I do believe the same will happen for my nation. In the meantime, my husband and I are right in the action.

Do you have a nation that’s on your heart, whether it’s a group, aspect of society, geographical area, or family?  Feel free to share in the comments and I'll pray for you. In the meantime, I thought you might enjoy this beautiful Kiwi worship song and blessing over the cities and nations -- from my nation to yours.