Home Who We Are Salvation Stories Significant Resources Meet The Team The SUM Shop Lynn Donovan Ministries New Here? Video Teaching
I Was A Drunk. What You Don't Know!
Our Bottom Drawer

The Dichotomy of A Life, by Lori Lyn Skipper - Part II 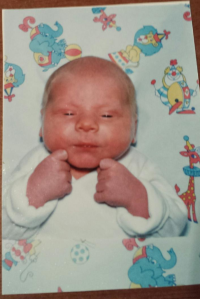 Welcome back! As a quick reminder, I moved to Springfield, IL in 1990. It was there that I met my son Brad’s dad.

The birth of Brad was so very different than when I gave birth to Brian. I was instantly protective of him. On June 26, 1996 my life took a major turn. Without going into every detail, I was hit by a train that day while driving my S10 pickup truck. I broke my neck in 2 places as well as my tailbone. I had multiple bruises, bit my tongue almost off and had a concussion. God in His great mercy spared my life.

A week after the wreck, while at home, I had a flashback and had a stroke; (the doctor said it was my body trying to protect itself because my brain perceived danger). I was paralyzed on the right side of my body and could hardly talk for several days. My sons’ dad refused to take care of me or our son.  The tables had turned, it was I that was raising our son alone, my youngest son was being neglected and I was the one being abused. I was living out Galatians 6:7-8: “Be not deceived; God is not mocked: for whatever a man soweth, that shall he also reap. For he that soweth to his flesh shall of the flesh reap corruption; but he that soweth to the Spirit shall of the Spirit reap life everlasting.”

For all of those years, I had sown to the flesh and I was reaping corruption.

I eventually found my way back to church in November of 1996 where I met Jesus. He became the lover of my soul in January 1997. I would love to stop here and tell you, the day I became a born-again believer my life got 100% better and it became a bed of roses, but I would be lying to you. Life became more of a struggle for a season because here I was, a new Christian, my son gave his life to Christ in June 1997 and his dad was still an unbeliever.

The day I surrendered to Christ, my personal life changed 100%, no more drinking, no more drugs, no more pornography. I was no longer the person Brad’s dad knew me to be and that brought about its own problems. He did not want to hear about my new-found faith, nor did he want to attend church with us. He was happy with his life and wanted no part of mine. I became lonely and depressed. I felt torn between being with the man I loved and going back to my ‘former’ self or pressing on with the Lord I loved.

Brads dad reached the decision to move back to Springfield, IL without Brad & I. Brad was seven-years-old at the time and is now 27 years old. He and his dad still have a strained relationship due to his dads neglect while he was a young child.

Our children do suffer when one or both of their parents’ neglect, ignore or abuse them or the other parent. Again, it is up to us to protect our children. It may look different for each person, but we MUST protect our children.  I know this is resonating with several of you out there. Please know that you are not alone. Hear me “YOU ARE NOT ALONE!” God understands, He knows your pain, your struggle. He is walking through it with you.

As I write this, Father gave me this Scripture for one (or more) of you reading this right now;

Ezekiel 16:4-14. Verses 4-8 “As for your nativity, on the day you were born your navel cord was not cut, nor were you washed in water to cleanse you; you were not rubbed with salt nor wrapped in swaddling cloths. No eye pitied you, to do any of these things for you, to have compassion on you; but you were thrown out into the open field, when you yourself were loathed on the day you were born. “And when I passed by you and saw you struggling in your own blood, I said to you in your blood, ‘Live!’ Yes, I said to you in your blood, ‘Live!’ I made you thrive like a plant in the field; and you grew, matured, and became very beautiful. Your breasts were formed, your hair grew, but you were naked and bare. “When I passed by you again and looked upon you, indeed your time was the time of love; so I spread My wing over you and covered your nakedness. Yes, I swore an oath to you and entered into a covenant with you, and you became Mine,” says the Lord God.

Hear the Word of the Lord, He has entered into a covenant with you and now is the time of love!

Stay tuned to hear about the miracles God has performed in my life! Until next time, love & blessings, Lori.

Hi, Lori Lyn Skipper here! I’m happy to say I am 51 years young, married to my husband John. We have three grown children between the two of us. I have two boys and he has a daughter as well as a granddaughter. My husband and I married in June 2016. I moved to sunny Florida in 2012. I often say I’m an Illinois girl living in a Florida world. I came to meet Jesus in mid-1996 but did not accept Him as my Lord and Savior until January 1997. Let me tell you, He’s had His work cut out since I said yes to His call. I often envision God shaking His head at my antics. You know, how we do with our own children? I kind of resemble Paul, “the chief of sinners”. Well, I used to be, now I’m no longer a sinner, I’m a saint saved by grace that sometimes still sins. A couple of my passions are to see people healed, delivered, and set free by the power of Holy Spirit and the body walking in their gifts and calling of the Lord. Getting to be a part of that is so fun and such a blessing. 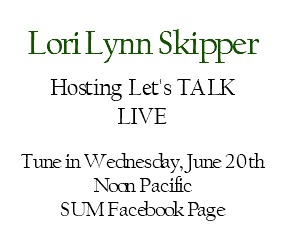