I Was A Drunk. What You Don't Know!

I’m not sharing the following for accolades for myself but to show the greatness of our God. When I say I am like Paul, “the chief of sinners” (1 Timothy 1:15), I am being very serious. I want to show you how God really does choose the foolish and weak things of the world to put to shame the things which are mighty (1 Corinthians 1:27). I am a part of the SUM Sisters in Christ Facebook group and participate in conversations that I would like to delve a litter deeper. So, while Lynn is away, I’m stepping in for a few posts.

I’ve lived through a lot in my past, thusly, I’ve gained wisdom through the school of hard knocks. It took me many years of running away from faith before I finally surrendered to Christ. OK, put on your seat-belts, keep both hands and feet in the ride until it comes to a complete stop, things are about to get bumpy…

I was abused physically, mentally, emotionally, and sexually as a young child and never experienced the love of a parent as a child. 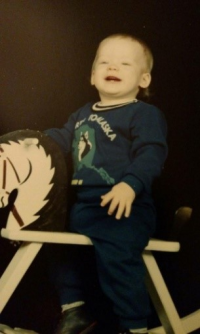 I had a son, Brian, at the age of 20 and unfortunately even his young life wasn’t enough to change me.  I gave full custody of Brian to his dad because I knew Brian would be better off with him because of my life style.

I know what I just shared is hard to swallow. I can hear the thoughts of judgement running through your brain right now, “How could she give up her son? What kind of woman would give up her child?” The kind of woman that was so lost in her sin that she couldn’t find her way out.

Well, I was the kind that was seeking and looking for love and acceptance in every fashion but the love of God.

You see, I did not grow up in a Christian environment. Sure, I was dropped off at Sunday School and went to Christian camps as a child. I even went to Mass every Saturday night from the time I was 13 until I was 18 with my best friends. But I did not know God or even remember hearing about His Son Jesus. I was a living example of 2 Corinthians 4:4 Whose minds the god of this age has blinded, who do not believe, lest the light of the gospel of the glory of Christ, who is the image of God, should shine on them.

I was blinded, I was lost. I still saw Brian on a regular basis for a couple of years until 1993. It was at that point when his dad no longer allowed me to see him anymore. The weird part of that was, when I made the move to Springfield, IL in 1990, I actually quit drinking and using drugs. But, it was too late for his dad, he no longer had any trust left regarding me or my stability. I couldn’t really blame him, up to that point, I was a drunk, a cheat and a lousy mother. Reaping what I had sown all those years.

I want to stop here and share with you ladies and men that are dealing with a spouse that is neglecting your children, or perhaps abusing your children, I have been there. I was the one who neglected my son. I was the one who abused my son, not physically, but emotionally. I was the one who abandoned my son. I, unfortunately, can relate with your spouse. I know the pain and emptiness they are carrying around inside of themselves. I know deep inside, they do NOT want to behave the way they are with your children or even you. They are lost, they are blinded. They are looking for love and acceptance everywhere but in God. They are seeking to fill the void inside of themselves with video games, pornography, alcohol, work, drugs, (put the bondage in this space), etc.

Stay tuned; to be continued Monday.

Hi, Lori Lyn Skipper here! I'm happy to say I am 51 years young, married to my husband John. We have three grown children between the two of us. I have two boys and he has a daughter as well as a granddaughter.  My husband and I have been married two years this upcoming June. I live in Sunny Florida. I moved here in 2012. I often say I'm an IL girl living in a Fl world. I came to meet Jesus in mid-2016 but did not accept Him as my Lord and Savior until January 1997. Let me tell you, He's had His work cut out since I said yes to His call. I often envision God shaking His head at my antics, you know, how we do with our own children. I kind of resemble Paul, "the chief of sinners". Well, I used to be, now I'm no longer a sinner, I'm a saint saved by grace that sometimes still sins. A couple of my passions are to see people healed, delivered and set free by the power of Holy Spirit and the body walking in their gifts and calling of the Lord. Getting to be a part of that is so fun and such a blessing.