Home Who We Are Salvation Stories Significant Resources Meet The Team The SUM Shop Lynn Donovan Ministries New Here? Video Teaching
The Father's Heart
Are You Ready To Be Arrested Because You Pray? 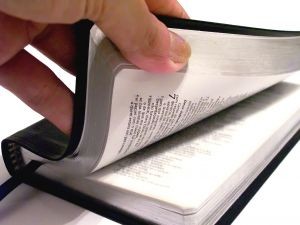 To follow up on my post from Monday, there some discussion about the perspective I shared. It’s interesting to me that a few readers were uncomfortable with my perspective on the old English, King James Version of 1 Peter 3.

Of course, I’m not a theologian. I’m only an ordinary wife and believer who is on this faith journey along with the rest of you. And I only pointed out my perspective because sometimes the Lord is the one who is longing to bring greater understanding to scripture. I will add one more comment about the King James rendering. For centuries the church in general accepted this particular rendering which included the word conversation. It wasn’t until the 1970’s that new translations came into the public readership and were widely received, that the rendering of conversation changed to behavior. King James was written in 1,611. NIV, 1973. So, how did believers from 1,611 to early 1,900’s deal with 1 Peter 3? Were they silent or did they present themselves as the living Word to their unbelieving husbands and talk with them about faith? Or in fact, did they do both? One day in heaven I plan to ask them. *grin*

However, I won’t ignore the fact that we can easily present the translation of the word “conversation” from the Greek which the King James was derived. The Word in the Greek is: anastrophé:

This is closely translated to: Behavior, manner of life.

And as I looked at other passages in the Word, time and again, the word behavior was translated, conversation, manner of life, conduct. But they were intertwined. Here is an example from Ephesians:

Ephesians 4:22 N-AFS
GRK: τὴν προτέραν ἀναστροφὴν τὸν παλαιὸν
NAS: to your former manner of life, you lay aside
KJV: the former conversation the old
INT: the former conduct the old

When you consider the Greek meaning, it comes together for me as how our entire life is presented to others. It’s our behavior, our conduct, our conversation…. Our manner of life. It’s our whole-self. Our true identity.

What I love is that the Word remains the same within these translations. We must present ourselves as a wife, a woman worthy of the High calling of God. Let our spouse behold this kind of life, conduct, perhaps even humble conversations. This is the Gospel lived out in the home of the unequally yoked.

In all my years of living in an unequally yoked marriage this is what I know. We are the Word of God being lived out in front of our pre-believer. It’s our year-upon-year, leaning into the truth, living with growing faith. It's not perfection. NO, it's living authentically. Our spouse discovers we are serious about our faith and they, even grudgingly, watch as our life, values, conduct changes before their eyes. Sometimes they quietly admire our adjustments. Sometimes they don’t like our lifestyle changes because they are fighting with lying voice that share their mind and are offended in their deception.

I’ve said it before and I’ll say it again: A man can ignore a nagging wife, but he can't ignore the truth of a transformed life!

As a woman with more than 26 years of marriage, I will state clearly and with confidence for your life and marriage. It’ does become easier. Even as I’m typing this I hear my husband in his office, praise music is playing in the kitchen. Gang, earlier in our marriage, praise music playing anywhere was the beginning of a fight.

Last week I was facing some difficult issues and in passing I asked my husband to pray for me as I headed out to a meeting that had me uncomfortable. Upon arriving home, he said to me, “I prayed for you.”

And it was real. He truly prayed. I hope it was to Jesus. I’m not sure but I was deeply touched that he prayed for lil’ ole me. And the meeting went fantastic.

SUMites, get a grip on Hope. Take hold of with all your might Perseverance and grab Faith and never let go. I will be the voice to assure you, it’s all worth it. There is hope and while we wait, we are invited into the most astonishing adventures with our Papa God, Jesus and the entire realm of His Kingdom! Hallelujah!

If you agree, say it in the comments. I stand on faith. I grab Hope. I invite in perseverance and I accept the invitation to every adventure the Lord offers. In Jesus name. AMEN Signed:______

Posted by Lynn Donovan in #SUM Nation, Bible, Books of Peter, Unequally Yoked, Winning Him Without Words, Witnessing to an Unbeliver | Permalink | 0 comments