Springtime With My Lord 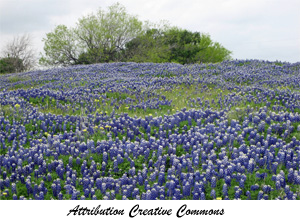 For a peek into one of the most, shall we say, romantic books of the Bible, follow along with me today to Song of Solomon, and let’s go on a love adventure with our Lord. I particularly like Chapter 2 because it resonated with me during a particular time in my life when I was ready for a new season to begin.

In the first few verses of Chapter 2, Christ is pictured coming to His bride to spend some time with her. The way in which He is approaching her clearly shows that He is full of joy and excitement as He looks forward to spending some intimate time with His bride. He comes leaping over the mountains and bounding upon the hills. He comes swiftly like a young deer (vs. 8-9)

When Christ arrives, he looks into the window of His bride’s heart, and says:

Spring: A time of nature’s rebirth, and my favorite time of the year. I can tell you that there have been times over the years as I read those verses that I have literally visualized myself leaping into the arms of my Lord. I then visualize Him carrying me up to a grassy hillside, and we sit and view the flowers blooming, the green leaves on the trees, and listen to the birds sing. A more magnificent spring day could not be experienced than the times I have felt as though the two of us were so intimately engrossed with one another.

But one day as I was reading, I was struck by the fact that before Christ described the springtime to his bride, the first words out of his mouth were about winter. I was curious. What did Christ mean about winter as he looked into the window of His bride’s heart?

Quoting from Matthew Henry’s commentary, he states: As the earth is to winter, so can our hearts become cold, dark, and barren.

That was a definitely a defining moment for me; one that I had not expected. Having lived in the great state of Maine, I know what it means to live in the depth of winter. Many mornings we woke up to snow above the doorframe. There were months of freezing, cold, dark, rainy, barren days. The flowers were dead and buried, there were no leaves on the trees, and no fruit was being produced. We certainly couldn’t hear birds singing; they had all flown south for the winter. The winters were so cold that spring seemed like something we had only read about.

Could my heart have actually become that cold? As I searched my heart, I suddenly realized that it had been a long time since I had had a vision of sitting on that hillside with my Lord having an intimate moment with Him. I had allowed so many things to creep into my heart that had, indeed, caused it to become as cold as those winters in Maine.

And so, I bowed my head and asked His forgiveness for all those things that I had allowed to creep into my heart, and rose up and disentangled myself from them. It was then that I heard my bridegroom say ever so eloquently:

“Come away with me. The winter has passed. Spring is here.”

Instantly, I knew that I would once again:

And I leaped into His arms, and off we went to that grassy hilltop engrossed in an intimate relationship with one another.  How I love Springtime with my Lord!

I encourage you today to disentangle from the coldness and run to that grassy hilltop and have Springtime With Our Lord and Savior once again.