Home Who We Are Salvation Stories Significant Resources Meet The Team The SUM Shop Lynn Donovan Ministries New Here? Video Teaching
There Once Was A Man Who Didn't Believe
This Really Happened Under My Roof

“It’s hard being a girl guide!”

Those words, inaudible but clear, woke me one morning, just as the birds were beginning to sing. It felt like a word from the Holy Spirit, but I struggled to understand. Only months later did a sudden ‘a-ha’ come: 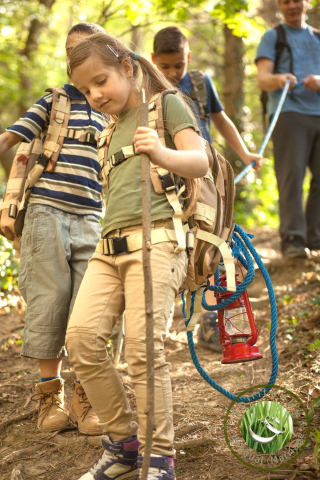 I am the ‘girl who guides’ my husband, the one who spiritually leads. It’s not the way God intended. That’s why it's so hard.

God had just explained my hurting heart to me. It doesn’t sound much, but it was really helpful.

I thought that was it, but last week, quite unexpectedly, this ‘girl guide’ word unfolded into something more: A promise for our community! I feel led to post it here, and I hope it encourages you, as it has me.

Last week, one of our SUMites, Jan, had a dream featuring boy scouts. She described it on our Facebook group and asked, ‘Does this mean anything to anyone?’ My ears pricked up (girl guides ... boy scouts), and the minute I read it a meaning came. In fact, the dream was one of two she had:

In the first dream, we (the SUMites) were diligently working away at desks. Lynn came in to meet with us, but first had an interview with CNN to complete.

In the second dream, we were at an outdoor venue and were showing a movie about Jesus. One person, a spouse, was attempting to compare Jesus and a Greek god as dying on the same day. Lynn had to leave to go to another event, but we ended up having a large group of boy scouts from Maryland show up, and we began the movie again.

The first thing I thought of was that two dreams can mean "the matter has firmly been decided by God, and God will do it soon" (Gen 41:32). Well, here we had two dreams - What fun! In both, we were working as a team, with Lynn leading us while also ministering elsewhere. These dreams, to me, seemed to address something intentional about our work.

I can't help but think we’re watching Lynn’s reach extending and expanding -- it's exciting. And perhaps these dreams suggest that the rest of us also have new work ahead! Like the outdoor movie, we evangelise outside the church walls -- and we show more than tell. We have begun that work, but our effectiveness will really bloom once our spouses join us.

Currently, our spouses issue a voice of challenge. But we do know that will change. Where the spouse in the dream was initially arguing that Jesus was no different to a myth, that sentiment can change so that our spouses declare 'the day Jesus died so did everything else false!' Just like Haman’s plans were turned (Esther 6:10-11), the voice of resistance can turn to the voice of persistence!

And the large number of boy scouts?  I believe they represent our spouses, our other halves: boy scouts joining their girl guides. They will come from a place of deep intimacy, a place where people sit at Jesus’ feet (Maryland!) And once they join us, the show will really start.

Pulling it together, then, could it be that our evangelism in the home is only the start of a bigger job -- a wider evangelism -- ahead of us? A job in which we will co-labor with our spouses?

Indeed, 2017 was to be a year of promises revealed (see 9 January) and here it feels like we've gone from being told 'it's hard being a girl guide' to being told the boy scouts are on their way!

It reminds me of this verse:

When the Spirit of truth comes, he will guide you into all truth.

He will not speak on his own but will tell you what he has heard.

As 2017 closes, have you any further thoughts on this and/or any of the other promises we've been given as a community? It'd be great to hear your thoughts!