Home Who We Are Salvation Stories Significant Resources Meet The Team The SUM Shop Lynn Donovan Ministries New Here? Video Teaching
I Can't Write Anything Like THIS Miracle
Submission vs. Obedience by Martha Bush 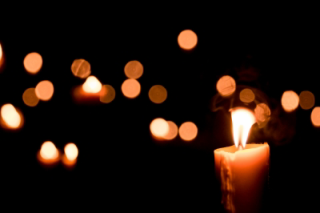 Image courtesy of 9comeback at FreeDigitalPhotos.net

One Bible story that I keep coming back to each Advent season is the one that features Zechariah and Elizabeth. I hadn’t spent a lot of time reflecting upon it until a few years ago when I began to observe Advent.

Most of you will know their story is briefly told in Luke 1 before Mary’s story. I’d encourage you to read it again (v5-25) and as we’ve done in the past read it meditatively. Perhaps listen to it and put yourself into the story. Imagine you are Zechariah or Elizabeth or one of the crowd and see what the Spirit reveals to you.

This couple was probably in their late 50’s or early 60’s. He was a respected Jewish priest and would have been highly thought of within society. However, even though holding an elevated position in society they were probably looked down upon.

Why? Scripture tells us the reason:

“But they had no child, because Elizabeth was barren, and they were both well advanced in years.” (v7)

Because child bearing and, particularly a son, were so significant in those times, Elizabeth was most likely not recognised and she would have carried great shame.

Besides the shame there would have been a deep deep longing. For a child. The preceding verse describes both as being blameless before the Lord. But still no child. Imagine their heartache, the number of answered prayers that had come from both of their mouths over perhaps forty-plus years.

We too experience a similar longing. For our spouses who don’t know the Lord yet. And the different life we might lead as a Christian couple. No more shying away, no more hiding in the background, no more missed opportunities, and no more sitting alone in church.

Zechariah has an experience of a lifetime. He is fortunate to be the name drawn to have the honour of burning incense in to the temple of the Lord. This would have been a great day for him.

And then he meets an angel. Not any angel. Gabriel, “who stands in the presence of God.” That angel. Many would have fainted I suspect … his presence would have been terrifying, bewildering and just weird.

The news Zechariah receives is astonishing. After all these years of waiting and longing, answered prayer, his dearest Elizabeth would bear … a son. And not just any son; but one that “will be great in the sight of the Lord.”

Zechariah is so astonished that he questions Gabriel. I think we all would under similar circumstances. And interestingly, Mary a few verses later, asks almost the identical question when Gabriel shares with her. (“Then Mary said to the angel, “How can this be, since I do not know a man?” v34)

Doubt is part of the human condition. It is nothing to be ashamed of nor does it turn God away from us. He understands. Expressing our doubts to Him is okay. He wants us to share our doubts with Him. We only have to read the Psalms to see how David doubted.

“And the whole multitude of the people was praying outside at the hour of incense.” (v10)

It’s easy to miss this verse. While Zechariah is in the temple, a multitude is praying. For him. Probably for Elizabeth. For their situation.

No doubt our couple had shared with many their sadness, their longing and yearning for a child. God doesn’t call us to journey alone. In seasons of doubt being able to share our situations can be beneficial not just to ourselves but those we share it with. When was the last time we shared our sadness about our situation with another? For most of the last twenty years, I wouldn’t say much at all unless directly asked. Recently, I mentioned it to someone in one of my prayer groups. And his first response was “that must be tough.” To which I nodded and said, “yep, it is.”

“Naming the ache of our yearnings is indeed faithful. It opens wide the gift of receiving and embracing the prayers of others.” (Enuma Okoro)

We’re blessed having this community where we can share our yearning and be praying for each other. Lynn, our ever faithful leader, a few weeks ago encouraged us to leave our spouses name in the comments so she could pray for each of us as couples. And I understand there is some wonderful sharing in the Facebook group.

If you are feeling particular sadness due to a longing in your heart or loneliness as Christmas approaches please share with us in the comments below so we can love over you with our prayers.

I had thought I’d write more on the next part of the story but I realise I’ve gone long enough so I'll leave it to next time.