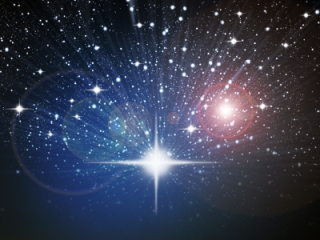 Image courtesy of nuttakit at FreeDigitalPhotos.net

I sat chatting with my publisher. We’d only just met face to face for the first time and here we sat, an Englishman and an Aussie, having a cup of tea (as in hot) in a café in a Nashville hotel. We were attending a Christian Writers Conference, he prospecting for new content and I hoping he’d give me an update on my manuscript that I’d sent through to his employer three months previous.

Unfortunately, Tony knew nothing about my manuscript. He was now a contractor to the business and so wasn’t involved in the day-to-day. I thought we’d end up having a nice chat about nothing in particular until he quickly changed the subject with the question: “Have you thought of writing non-fiction?” (for those of you who don’t know I write fiction).

My heart jumped a little. I’d come to the conference having played around with an idea for a non-fiction project to discuss with some of my writing friends and one in particular, our very own Dineen Miller. But I didn’t plan on pitching it, as this was a fiction conference so I naively thought who’s going to be interested in non-fiction? Well, Tony was.

Not being prepared, I babbled out an idea and it was clear to both Tony and I that all I had was a general concept. He kindly agreed to my suggestion of sending him a proposal in the next month.

As soon as I finished with Tony I sought out Dineen and with much excitement shared what happened.

I’ve attended two of these conferences now and both times the Lord has surprised me.

We’re all familiar with the story in Luke 1. Last week we looked at Gabriel surprising Zechariah with the news of a baby. In verses 26-38, Gabriel appears a second time to a poor Galilean peasant girl. Most commentators believe Mary was 13 or 14 years old. It was relatively common in those times for girls of this age to be married and pregnant and I’ve always loved the innocence of Mary’s question to Gabriel: “How will this be, since I am a virgin?” (v34 ESV)

This was only the first of a lifetime of surprises for Mary. God turned this girl’s life upside down in an instant.

The surprises continue. And we’re still in Chapter 1. Mary’s now pregnant and she visits her cousin, Elizabeth who is now almost six months pregnant.

“and she entered the house of Zechariah and greeted Elizabeth. And when Elizabeth heard the greeting of Mary, the baby leaped in her womb. And Elizabeth was filled with the Holy Spirit ”” (v40-42 ESV)

The babe inside Elizabeth, ie, John, leaped when Mary greeted Elizabeth. The spiritual electricity is hot. The baby senses the presence of the Messiah. And then Elizabeth is filled with the Holy Spirit! Wow.

After this initial Holy Spirit-charged greeting, Mary, we’re told remained with Elizabeth for about three months. (v56) Here we have a 60-year-old woman, six months pregnant, with her fourteen-year-old cousin who was in her first trimester. Both women no doubt supported each other in very practical ways through their respective pregnancies. Just imagine some of their conversations!

Can we presume Mary was present at the birth of John? Did she assist in the birth? Did she hear Zechariah speak his first words after being mute for nine months?

And then Mary went home. With a baby bump. Surprising her betrothed, their families and communities. I expect Mary would have been dreading that day of departure.

How has God surprised you recently?

It didn’t take long for more surprises. Chapter 2 starts by telling us that the Romans are planning a census and everyone needed to go to their own towns to register. Joseph and Mary went to Bethlehem “the town of David, because he belonged to the house and line of David” (v4) only for Mary to soon go into labour then giving birth to Jesus in a barn because the inn was full due to the influx of people registering.

The Messiah! Born in a barn? Another surprise.

As we journey closer to Christmas, now only 14 days away, may we all be surprised by our Lord. May we all have expectant hearts as we keep our eyes on Him.

When was the last time the Lord surprised you? It would be lovely for us all to share in each other’s surprises by adding them in the comments. I trust this will fill us with even more hope as we wait upon the Lord in this season of Advent.