Dear Friends, today we are blessed to have a guest post by our very own Dee Rusnak. I know her words will encourage you as much as they did me. Thank you, Dee!

I'm looking forward to sharing my next post with you, possibly a series, about partnering with God to release what He has placed already in our spouse. Eternity (Etc 3:11)! But how do we do that? Stay tuned... 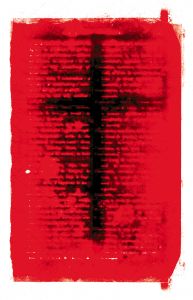 The Chosen One
by Dee Rusnak

“For by grace you have been saved through faith; and that not of yourselves, it is the gift of God.” (Ephesians 2:8)

One of the most compelling salvation stories in the Bible is the one of the thief on the cross. It just boggles the mind that at one moment this dangerous criminal is mocking Jesus, and the next admitting to his own guilt and being saved. The Bible tells us this miracle happened within the first three hours of the crucifixion. Something major went down within those precious moments while he was in the throes of death. What, or who, broke through to his heart, and why?

Here's the scene. In the first three hours on the cross, Jesus prayed for those who crucified Him, “Father, forgive them, for they do not know what they are doing.” Many began mocking Him. “Those who passed by hurled insults at him, shaking their heads and saying, ‘You who are going to destroy the temple and build it in three days, save Yourself! Come down from the cross, if You are the Son of God!’ In the same way, the chief priests, teachers of the law and the elders mocked Him. ‘He saved others, but He cannot save Himself! He’s the King of Israel! Let Him come down now from the cross and we will believe in Him. He trusts in God. Let God rescue Him now if He wants Him, for He said “I am the Son of God.” In the same way, the robbers who were crucified with Him also heaped insults on Him.” (Matthew 27:39-44)

In those days, robbery was not a crime punishable by death. Consequently, it was likely that these men committed a far heinous crime than mere robbery to deserve such a sentence. Their sins were then compounded by the blasphemy and unbelief they had toward Jesus. Oh, boy. No hope for them. Or was there? What happens next was quite a shock to everyone within earshot, not to mention those of us reading this account, and most likely to one of the thieves.

“One of the criminals who hung there hurled insults at Him: ‘Aren’t You the Christ? Save Yourself and us!’ But the other criminal rebuked him. ‘Don’t you fear God, since you are under the same sentence? We are punished justly, for we are getting what our deeds deserve. But this Man has done nothing wrong.’ Then he said, ‘Jesus, remember me when You come into Your kingdom.’ Jesus answered him, ‘Assuredly I say to you, today you will be with Me in paradise.’” (Luke 23:39-43)

What just happened? The salvation story plays out immediately and perfectly as two men, identical in their sinfulness, in exact proximity to Jesus, heard the same words, are affected very differently. Perhaps the prayer plea Jesus made to His Father for forgiveness came to pass as God reached down into the pit and saved one. Divine mercy. Perhaps this man contemplated Jesus’ prayer plea and it penetrated his heart. Suddenly, as one remained tenacious, wanting desperately to be rescued from the cross, the other became penitent, wanting desperately to be rescued from his sins. He took ownership of them as he was unexpectedly aware of a faith not there before, not of himself, a faith in the very One who could possibly show him mercy. The One who hung on the cross right next to his. Jesus confirmed his salvation by assuring him of eternal life. And, his wasn’t the only salvation that day. When the centurion and those with him who were guarding Jesus saw the earthquake and all that had happened, they were terrified and exclaimed, ‘Surely He was the Son of God!’” (Matthew 27:54) And, not long afterward, a murderous, hateful religious leader named Saul was given new life.

Isaiah writes, “I permitted Myself to be sought by those who did not ask for Me; I permitted Myself to be found by those who did not seek Me.” Paul writes in Romans that “not all of them welcomed the good news.” He continues, “Consequently, faith comes by hearing, and hearing by the word of Christ.” Both men heard Jesus speak. But, only one HEARD His words of forgiveness. There’s no logic to it in the human mind. It’s all of God.

What I love about this passage is that there was no formula to this man’s salvation. No prayer. No works. No Bible studies. No following Jesus. Nothing but pure response to God’s grace. We try to fathom salvation…how it’s done, to whom, where, when, the right scenario, and what it takes. This story completely shatters any notion we may have of what transpires in a heart of the one being saved. Jesus told Nicodemus in John 3, “The wind blows wherever it wants. Just as you can hear the wind but can’t tell where it comes from or where it is going, so you can’t explain how people are born of the Spirit.” David said, “All the days ordained for me were written in Your book before one of them came to be.” Salvation belongs to the Lord. It is His to give, not ours to strategize.

This story of salvation should give us all great HOPE, dearest SUMites! In an instant, anyone can be transformed from dead and the most atrocious sinner into God’s very own son, presented without blemish. Let us go before His throne in earnest prayer, sitting at His feet, waiting, communicating, listening, emptying our hearts, drinking in His truths, trusting Him, resting in Him, and taking great delight in what He has planned for us and for our loved ones.

“The Lord is good to those whose hope is in Him, to the one who seeks Him; it is good to wait quietly for the salvation of the Lord.” (Lamentations 3:25-26)

— Dee Rusnak and her husband live in Westerville, Ohio, were they spend their retirement years taking great delight in their 5 grandchildren.